We will grant that a week or so into the baseball season is typically a bit early to make any proclamations about what we have seen. But as you might have heard, this is not a typical baseball season.

In 2020, 10 games represents one-sixth of the season, which would put us into May on a normal MLB calendar, and that certainly isn't too early for some hot takes based on what has happened on the field so far.

We asked our group of baseball experts for their hottest hot takes and boldest predictions, then ranked them by their spiciness.

The era of the dominant closer is over. 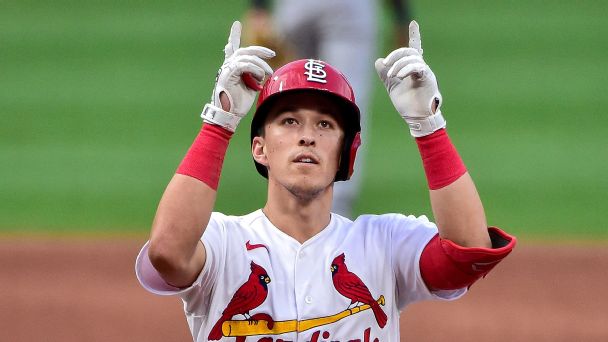 MLB's 60-game regular-season sprint is coming down to the wire. Catch the excitement on ESPN.

On ESPN and the ESPN App; all times ET.
Don't have ESPN? Get instant access.

Last year, only 16 relievers recorded at least 25 saves. The most recent non-strike season with fewer was 1991, when only 13 closers reached 25. So far, it seems like most teams are still trying to figure out whom to give the ball in the ninth inning. Aroldis Chapman and Will Smith haven't pitched because of coronavirus-related illnesses (though Chapman has been cleared to pitch). Roberto Osuna, Ken Giles and Jose Leclerc are injured. Craig Kimbrel, owner of a 1.91 ERA from 2010 to 2018, is completely lost. Kirby Yates and Brad Hand have struggled. Edwin Diaz might have already lost his job with the Mets on the heels of a disastrous 2019. Kenley Jansen has been OK but is hardly the force he was from 2012 through 2017. Some teams -- St. Louis Cardinals and Tampa Bay Rays -- don't appear to have one guy they will rely upon. And yet, when leading after eight innings through Sunday, teams are 107-6 -- a .947 winning percentage. That's basically the same as the .955 mark from last year, only a little lower than the .965 mark from 2015 (when a record 24 pitchers recorded at least 25 saves) and indistinguishable from the .943 mark of 1991. Closers? Can't live without them ... unless you can. -- David Schoenfield

James Karinchak will save 10 games for the Indians and will be one of the top five relievers in WAR come season's end.

Between his high-90s fastball and curveball, he misses a lot of bats, having struck out 16 of the 40 big league batters he has faced in his young career, and it's that curve that makes him particularly effective against lefties -- he has held them to a .167 wOBA so far in the majors and allowed a .063 batting average without a single extra-base hit to them between the majors and minors in 2019. And we all know about Brad Hand's struggles since the 2019 All-Star break. It's a closer change bound to happen soon. -- Tristan Cockcroft

We're 10 games into the Red Sox's season, and this looks nothing like a playoff team, even with the expanded field this year. Given the transition from Dave Dombrowski to Chaim Bloom, Boston figured to use 2020 as a transition year, especially in the wake of Chris Sale's Tommy John surgery in March and with Eduardo Rodriguez out for the season because of a heart condition that apparently stemmed from COVID-19. The lack of starting pitching depth has already been a major issue.

That brings us to Martinez and Bradley, Boston's two highest-profile pending free agents. Martinez opted to stay in Boston after the 2019 season but has the option to opt out again after the 2020 season. With the National League implementing a DH this season and potentially beyond, the number of suitors for Martinez widely expands. He could provide a big bat for a team chasing a playoff spot, and Bradley brings elite defensive ability in center field. The return for either player could accelerate Bloom's mission to replenish the Red Sox's farm system. -- Joon Lee

Shane Bieber will be the one player who breaks a "real" record this year.

Maybe this feels more bandwagon than spicy, considering that Bieber hasn't allowed a run yet, has struck out 27 batters while walking one and carved up perhaps the scariest lineup in baseball (the Minnesota Twins) in his second start. But this isn't just acknowledging Bieber's ascendance to ace status. If the schedule plays out as planned -- a humongous if, obviously -- Bieber appears to be in line to start 10 more games against these opponents: Reds, White Sox, Tigers, Tigers, Cardinals, Royals, Royals, Twins, Tigers, White Sox. According to projection systems, that's just one top-10 offense in baseball -- the Twins -- and five starts against bottom-five offenses. Plus, it would take only a one-game tweak -- say a game gets rained out -- for him to dodge the Twins (for the lesser might of the Cubs) and dodge the second start against the White Sox (for the far inferior Pirates).

Bieber obviously isn't going to throw 162 innings to make this a fully qualified season. But he should throw as many innings as a typical full season by a reliever, and he could threaten some of the records held by relievers. His FIP is currently -- .038 -- that's a negative FIP and a full run lower than Kimbrel's reliever record 0.78, the lowest by any pitcher with at least 20 innings. Perhaps harder to break will be Zack Britton's record for ERA (0.54), but it's faintly plausible if Bieber can hold this weak slate of opponents to five total runs in the next 10 starts. Plus, at the moment, he has struck out 54% of the batters he has faced, higher than Aroldis Chapman's record 52% -- one of only two seasons ever (minimum 50 innings) over 50%. -- Sam Miller

The Colorado Rockies will host a first-round playoff game -- and 2020 NL MVP Trevor Story will carry them there.

Predicting the Rockies to make the playoffs might have seemed bold a week ago, but after a 7-2 start and with eight NL teams making the postseason, I'm going to take it a step further: The Rockies will host a first-round playoff game as one of the four top teams in the NL. 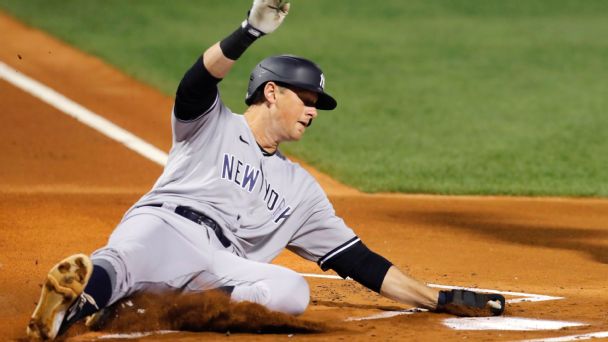 The surging Yankees make a move toward the top. Plus, the 2020 MVP for all 30 teams. Power Rankings

The Rockies were a postseason team by this year's format 60 games into the 2019 season -- before the wheels completely came off -- and many of the team's issues are about depth when players start to get hurt or wear out at altitude. A season that involves less back-and-forth from altitude to sea level, brings far fewer innings for pitchers to cover at Coors Field and allows hitters Trevor Story (see the second half of that prediction) and Nolan Arenado to carry a team for a few weeks at a time sets up nicely for Colorado. -- Dan Mullen

Corey Seager will lead the Dodgers in WAR

That's right -- a team with Mookie Betts, Cody Bellinger, Justin Turner, Walker Buehler and Clayton Kershaw will be led, in essence, by Seager, a 26-year-old two-time All-Star whom everybody seems to have forgotten about. Seager underwent Tommy John surgery 26 games into the 2018 season and was solid-yet-unspectacular last year, batting .272/.335/.483. The key for Seager, though, is that he is nearly two full years removed from hip surgery, a more troublesome procedure than Tommy John. Through the Dodgers' first 11 games, Seager is 15-for-40 with seven extra-base hits and seems to hit the ball hard every time he swings at it. In case you have forgotten, he's really good. -- Alden Gonzalez

The Pirates will have the worst winning percentage in modern baseball history.

The Pittsburgh Pirates will set the modern-day record for worst winning percentage in a season, currently held by the 1916 Philadelphia Athletics (.235). That would translate to 14 wins in a 60-game season, which is on pace for a team that was 2-7 with a team batting average of .177 at the start of play Monday. I've started to tune in to their games to see their latest bizarre baserunning gaffes, unusual defensive alignments and pointless replay reviews. The culture might well be changing, and I think Derek Shelton should be given a chance to stick around for a "real season" in 2021, but for now, I'm on board with these lovable losers to continue to be just that -- in record-breaking style. -- AJ Mass

A full-season cellar dweller will make the playoffs.

The early results are telling in that there will be at least one playoff team that, if the season had played out normally, would have been in the running for the No. 1 pick in next year's draft. It could be the Orioles. It could be the Tigers. It could be the Pirates, Royals, Giants or Marlins. But a team like one of those is going to be playing in October. The short season is part of it, but so is the instability of the rosters and the schedule and the likelihood of an absolute jumble in the middle of the pack. Plus, the bar is low: Both leagues could see a sub-.500 team get into the eight-team bracket. Good, bad? That's in the eye of the beholder. However, as we approach the trade deadline, there should be virtually no team that shifts into sell mode because it doesn't see the playoffs as a realistic 2020 goal. -- Bradford Doolittle