FOXBOROUGH, Mass. -- The NFL on Sunday handed down its punishment to the New England Patriots, who had acknowledged a crew working for their television department illegally filmed the Cincinnati Bengals' sideline on Dec. 8 during Cincinnati's game against the Cleveland Browns.

The decision to fine the organization $1.1 million and take away a third-round pick in 2021 closes another investigative chapter between the Patriots and NFL, although this one didn't come with the same aftershocks as a couple others from the past -- namely Spygate in 2007 and Deflategate in 2015-16.

Here are some answers on what the punishment means, and how it affects the Patriots moving forward:

What is the biggest takeaway from the punishment?

The NFL seemed to believe the Patriots' explanation and found no link to coach Bill Belichick and football operations, as Belichick was not individually fined. But because the Patriots' television production crew violated league rules by filming the Bengals' sideline from the press box, the overall organization was still handed a heavy penalty -- one that was harsh compared to most NFL game-day violations by other teams in recent seasons. The Patriots' history seemed to be a significant factor in the NFL's decision-making process.

What is the league-wide significance of this ruling?

With most teams having created their own in-house media crews over the past decade, along with an increased focus on social media, it sets a more definitive level of accountability for all 32 teams in this growing area. All teams are now on notice that missteps/violations by staffers in social media/TV production are subject to significant financial and draft-pick penalties. In that sense, this was a precedent-setting ruling by the league.

How does the ruling affect New England's draft?

A third-round pick is a significant chip. Prior to the penalty, the Patriots owned 2021 picks in the first, second, third, fourth, fifth, sixth (2) and seventh rounds. They are projected to receive a compensatory third-round pick and two compensatory fourth-round selections for the free-agent departures of quarterback Tom Brady and linebackers Kyle Van Noy and Jamie Collins Sr., according to OverTheCap.com. So, while losing a third-round pick is a hit, there are still considerable draft assets for 2021.

What was the background and punishment for Spygate? 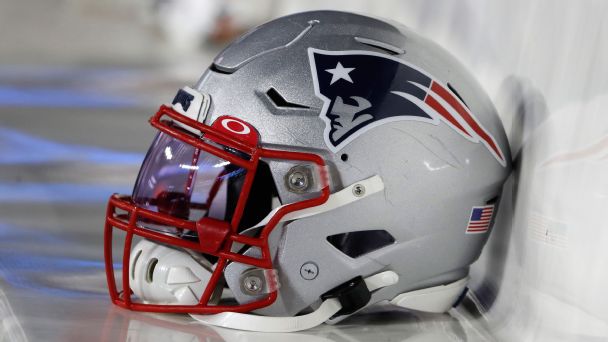 A look at three significant penalties levied by the NFL against the Patriots:

• Sept. 13, 2007 -- Spygate: NFL commissioner Roger Goodell fines coach Bill Belichick $500K, the Patriots $250K, and strips them of a first-round pick for videotaping Jets coaches from the sideline during a game on Sept. 9, 2007.

• 2015-16 -- Deflategate: Goodell suspends Tom Brady four games, fines the Patriots $1 million and strips picks in the first round (2016) and fourth round (2017) for Brady's alleged role in deflating footballs before the AFC Championship Game on Jan. 18, 2015 against the Colts.

• June 28, 2020 -- Taping the Bengals: The NFL fined the Patriots $1.1 million and took away a third-round pick in the 2021 draft among the punishments for their television crew's filming of the field and sideline during a Dec. 8 game between the Bengals and Browns.

On Sept. 13, 2007, NFL commissioner Roger Goodell fined Belichick $500,000 and the Patriots $250,000, in addition to stripping the team of a first-round draft choice, for videotaping Jets coaches from the sideline. Belichick had explained his interpretation of the league's constitution and bylaws was incorrect, as the Patriots had never used the video while the game was in progress. But Goodell, in a letter to the Patriots, wrote: "This episode represents a calculated and deliberate attempt to avoid longstanding rules designed to encourage fair play and promote honest competition on the playing field."

What was the background and punishment for Deflategate?

In July of 2016, after a two-year back-and-forth of appeals with the NFL, Brady announced he would no longer proceed with the legal process, and in doing so, accepted a four-game suspension from Goodell for his alleged role in deflating footballs prior to the AFC Championship Game on Jan. 18, 2015. The Patriots were fined $1 million and stripped of a first-round pick in the 2016 draft and a fourth-round selection in the 2017 draft. The NFL hired attorney Ted Wells to investigate, with Wells determining it was "more probable than not" that Patriots employees were knowingly circumventing the rules and Brady was "at least generally aware" of the activities. The Wells Report stated that it didn't believe there was wrongdoing from ownership, Belichick or any Patriots coach.

What are some other NFL investigations involving the Patriots in the Belichick era?

In April of 2014, the Patriots were cleared by the NFL after an inquiry into injury-reporting procedures. The investigation was sparked by remarks from former players Aqib Talib and Brandon Spikes.

Later that year, in the season opener at Gillette Stadium, Steelers coach Mike Tomlin said the team's coaching headsets picked up New England's radio broadcast for most of the first half. The NFL looked into the issue and determined the Patriots had nothing to do with audio interference.

Does this have a major impact on the legacies of Belichick and owner Robert Kraft?

It shouldn't. While the penalties levied by the NFL were significant, nothing about the specifics of them countered the Patriots' initial explanation -- that it was a mistake made by an employee from the team's television production crew filming a "Do Your Job" feature piece on an advance scout. It was an unfortunate mistake for the franchise given what happened in 2007. That won't win the Patriots any favors in the court of public opinion, but to say a mistake by an employee in the television production crew would affect legacies seems like a major overreach.