When Reggae legend Bob Marley was approached to do a gig in Dublin in 1980 by promoter Pat Egan, he had just one request: the tickets could be no more than £7 so that people on lower incomes could attend.

Egan agreed but knew that only an outside venue would do to make sure they got enough people through the gates to make the gig worthwhile. With few venues on offer, the show went ahead on the pitch at Dalymount Park -- home of the oldest League of Ireland club, Bohemians FC.

Little did Egan or the crowd in attendance know, though, that the gig would take on a different significance when Marley died a little under a year later. His appearance on stage in Dublin marked his last outdoor concert, with 25,000 people gathering to hear him.

Shirt sales will also raise funds to bring football and music to asylum seekers in Ireland.

"Unity is the world's key, and racial harmony"

Bohs have launched a special jersey commemorating the gig with 10% of the profits from the sales going to the Movement of Asylum Seekers in Ireland (MASI) -- a nod to Marley's original mission of ensuring his gig was affordable for anyone to attend. 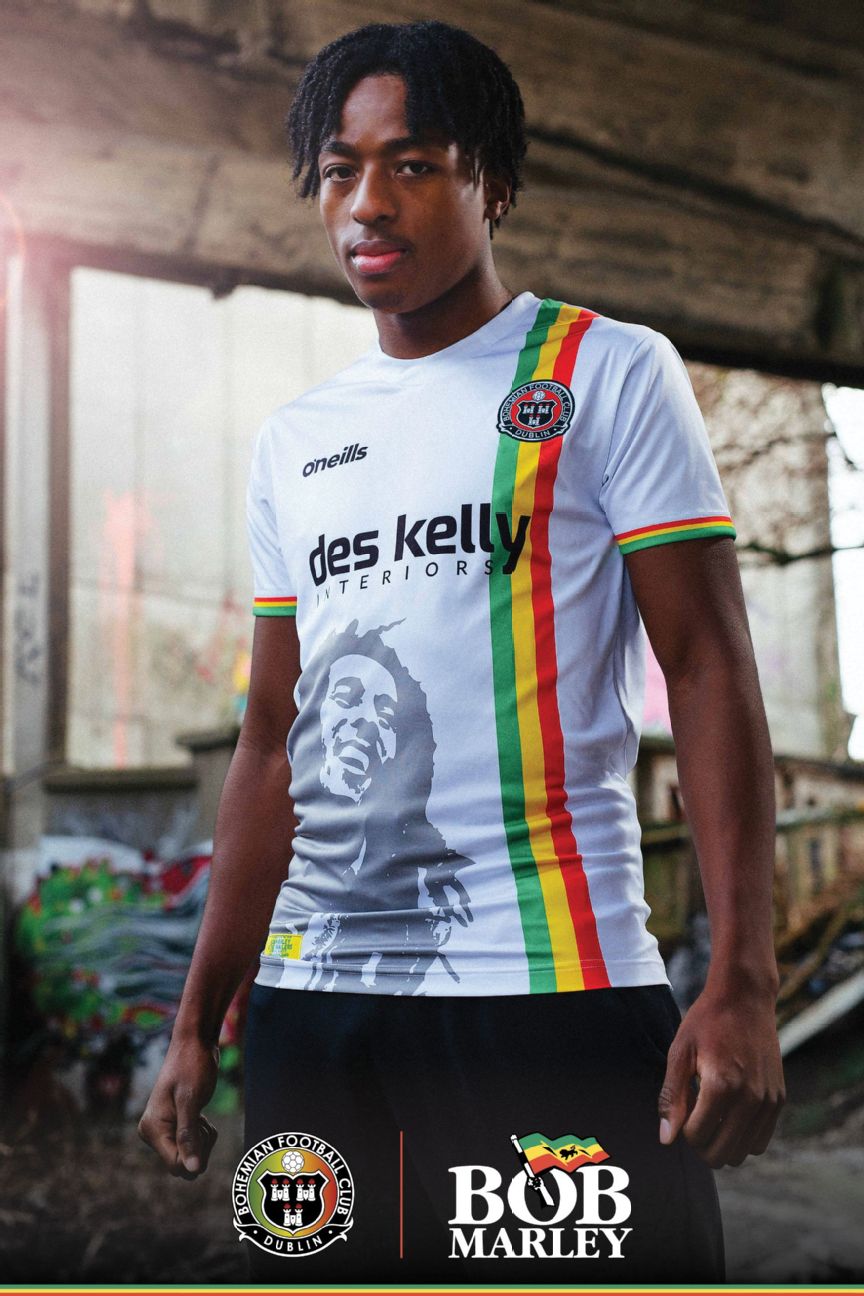 The jersey has red, yellow and green details along the front as well as along the rear neck and sleeve trims. It also features an embroidered hem tag with the original concert ticket on the lower front. 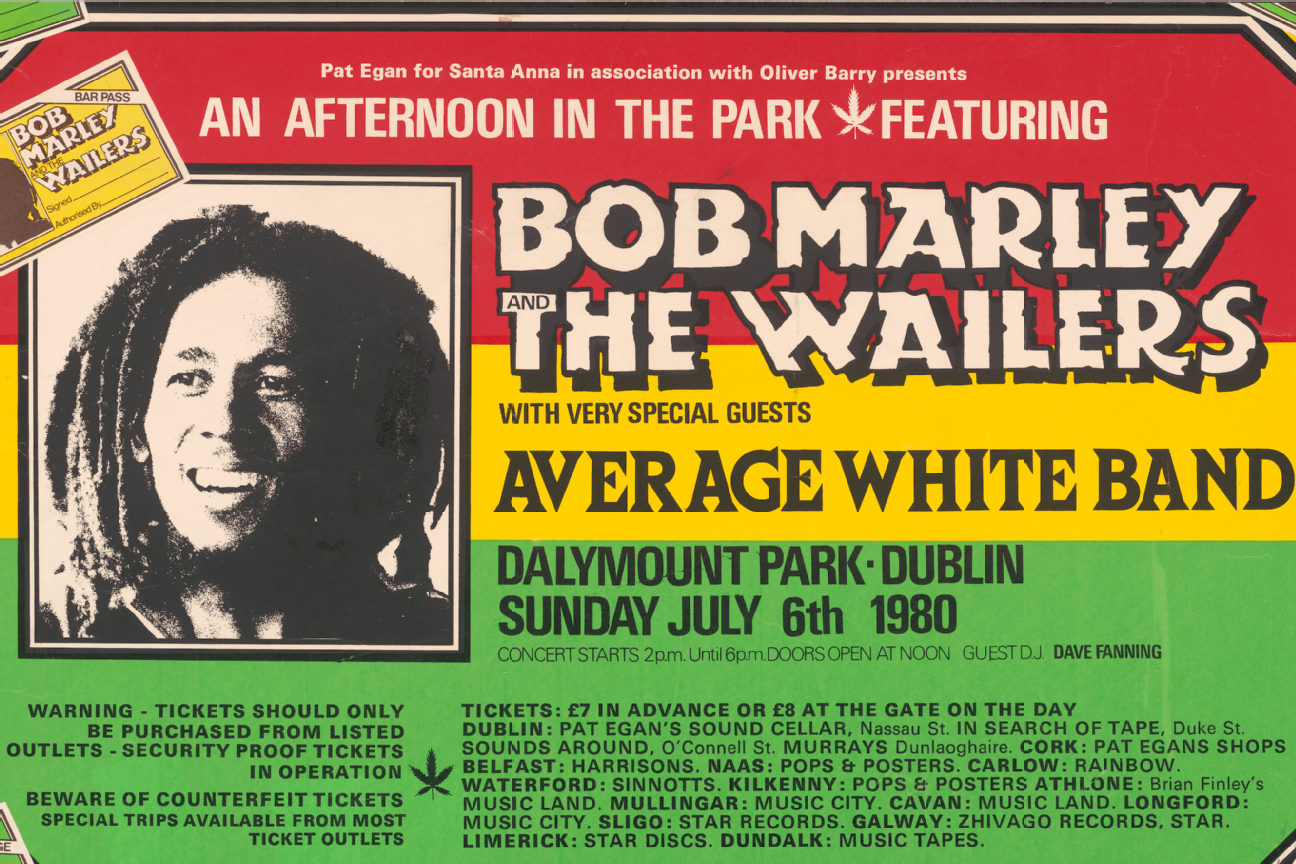 Egan recalls a different time when it came to bringing artists into the country. The year previous to Marley's appearance, he had brought Queen.

When Egan saw that a certain band was touring in England, he would head over and knock on the doors of agents to see if he could bring them to Dublin ... "something you can't do anymore," he admits.

He didn't know at the time that the concert would grow into the legendary evening that it has become and, at the time, he was more interested in bringing in other artists than hanging around with Marley and his crew.

"It all went off and I had no idea at the time, or anyone else who was there, that within a very short time that he would be dead. The legend of him grew," he says. "I wasn't the kind of promoter who wanted to have my picture taken with Bob Marley. I always took a back seat and would be more interested in who the manager was than the guy on stage."

Bohs have collaborated with MASI before to raise money and awareness for the aim to end direct provision -- the system which asylum seekers must enter in the country that has been a source of controversy for years -- in Ireland.

They launched a "Refugees Welcome" jersey in 2020 with all profits from the first week going to the organisation.

The money raised from Bohs' new jersey will be used to purchase musical instruments and football equipment for people in asylum centres across the country.

"It brings me enormous joy to unveil this jersey today following years of work on the idea," Bohs chief operating officer Daniel Lambert said in a statement. "The Marley concert at Dalymount is one of Ireland's truly special musical events, his only ever Irish show and, sadly, his last ever outdoor one.

"His love of football is widely known to all, and that he played on our famous pitch before the concert, the same turf that some of the world's best players have graced such as Pele, [George] Best and [Zinedine] Zidane is amazing."