Like father, like son. There have been 16 family duos to play for Premier League clubs. Welcome to the club, Liam Delap of Manchester City.

Liam made a dream start to his professional career on Wednesday night after being named in the starting lineup for City's Carabao Cup third-round clash against Bournemouth.

It took the 17-year-old striker less than 20 minutes to score his first senior goal, latching onto a deft through-ball from Phil Foden to lash home and rubber-stamp his arrival on the scene. City went on to win 2-1.

Delap is also the first person born in the year 2003 to play for Man City -- which is just absurd.

Dream come true to make my @ManCity debut, even better to get a goal and a win. Thanks @PhilFoden for the assist 💙💙 pic.twitter.com/BlsYS00M3D

Liam is halfway to equalling his father's total League Cup goal tally. Rory managed two goals in the competition over the course of his 22-year pro career with the likes of Derby County, Southampton and Stoke City.

They are the 16th father and son duo to have both played for Premier League clubs, joining a number of other well-known surnames on the list.

Arsenal legend Ian certainly needs no introduction. In all honesty, neither do his sons -- Shaun, formerly of Man City and Chelsea, and Bradley, who also played for City and Southampton before going on to be one of the top goal scorers in MLS history with New York Red Bulls and LAFC. 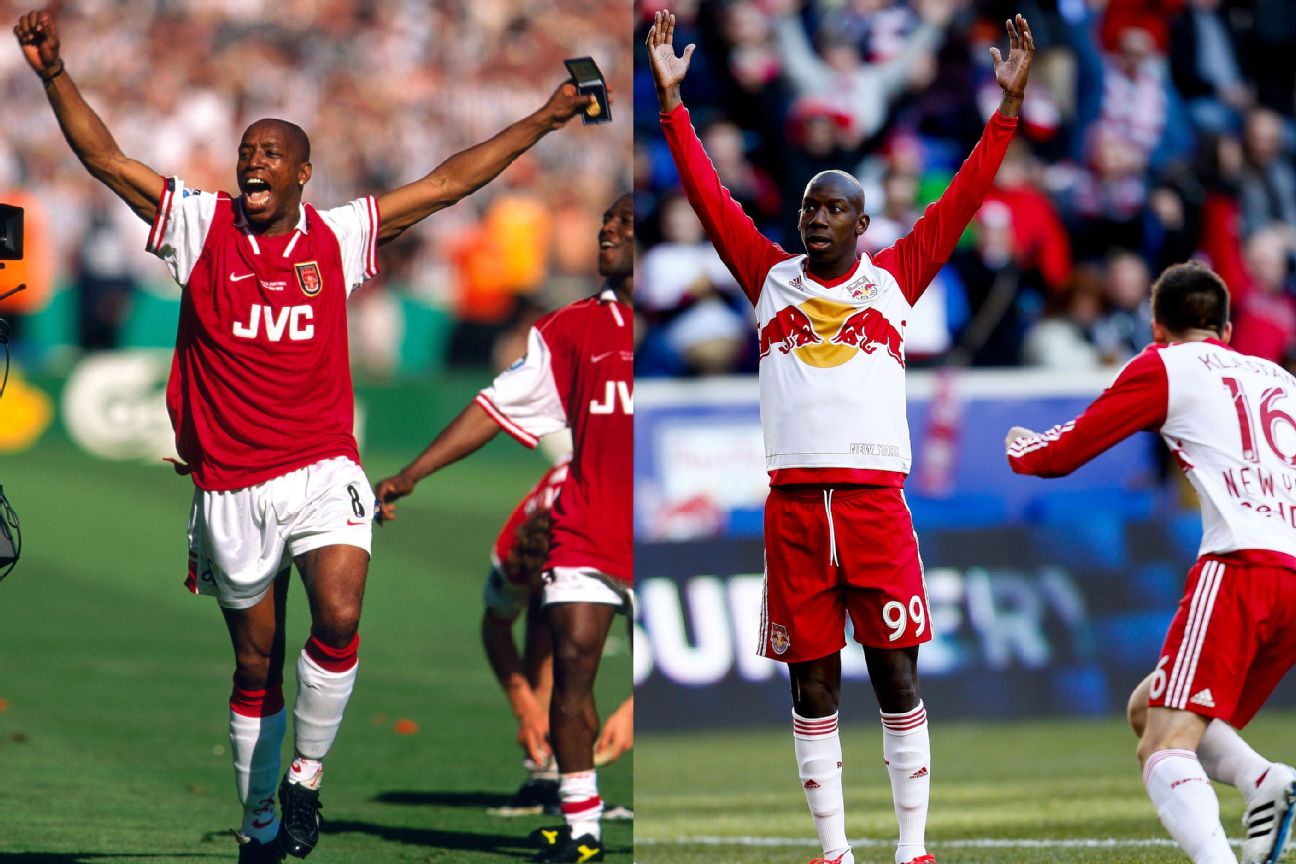 Both goalkeepers by trade, the Schmeichels have six Premier League titles shared between them on the family mantelpiece, with Peter winning five at Manchester United and Kasper boasting one with Leicester City. 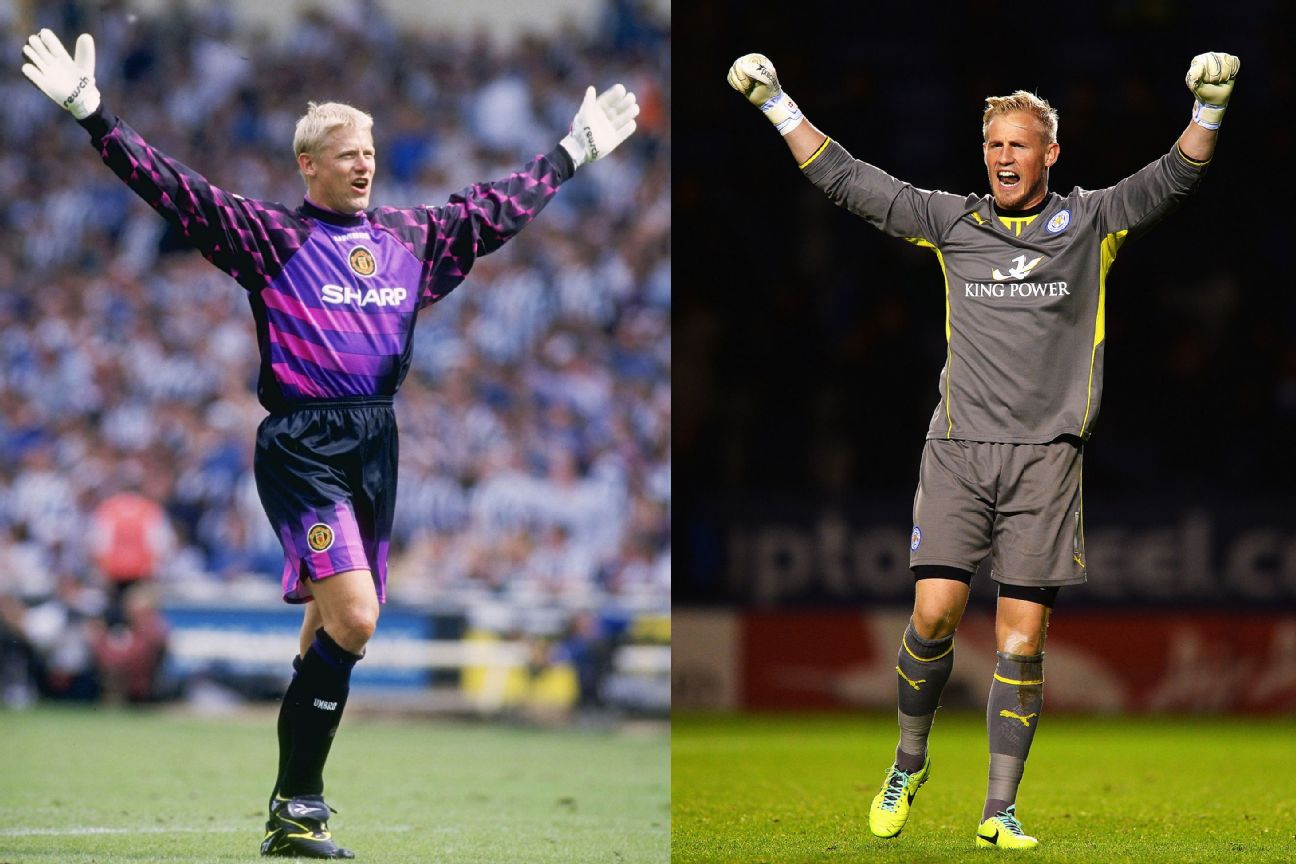 The elder Ince was renowned as a combative central midfielder with West Ham United, Manchester United and Liverpool, among others. His son is a nimble winger who came through the academy at Liverpool before making his Premier League debut in 2014 while on loan at Crystal Palace. 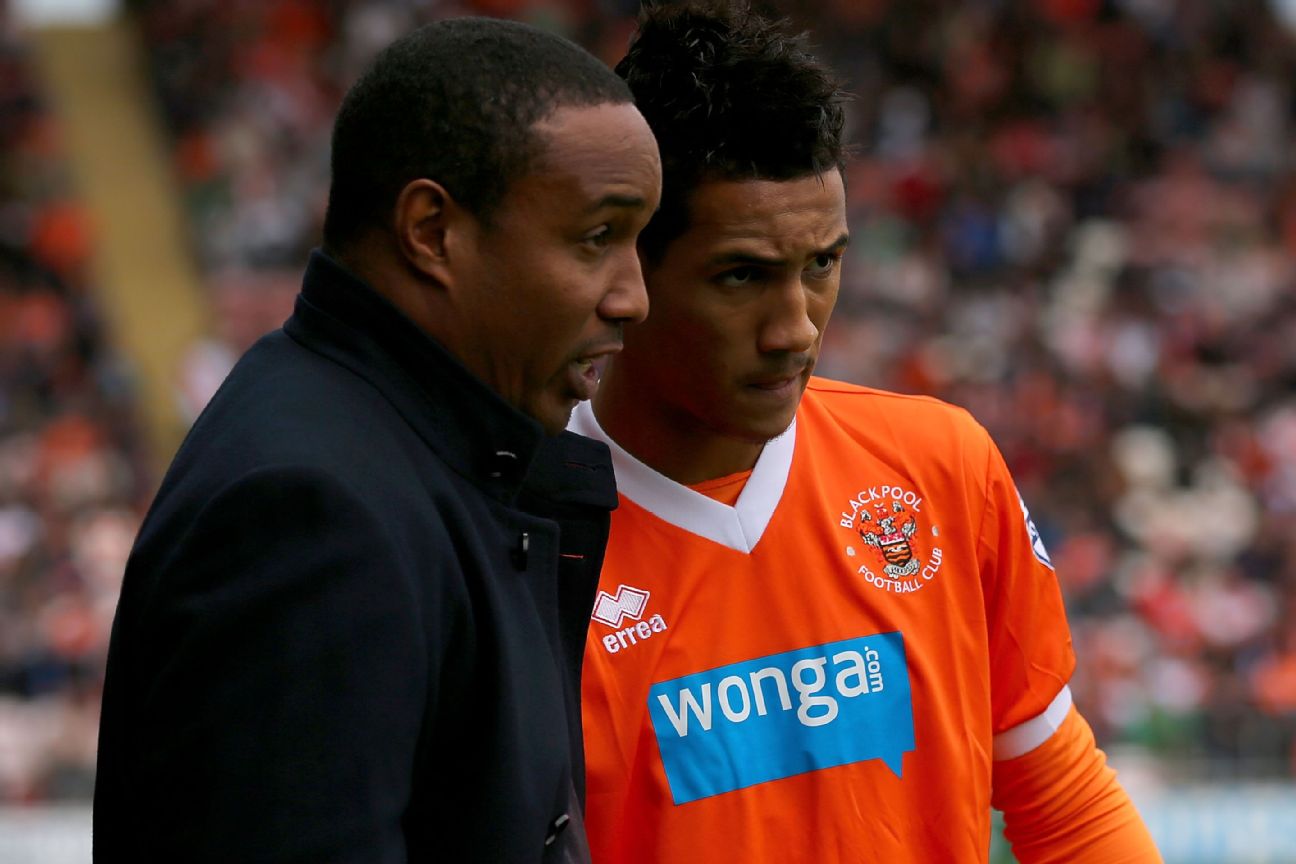 Kevin Campbell was a powerhouse striker in the mid-to-late 1990s, turning out for Arsenal (where he formed a strong partnership with Ian Wright), Everton and Nottingham Forest.

Now aged 20, Tyrese came through the Man City youth system before signing for Stoke, where he made his Premier League debut in February 2018, coming off the bench in a 1-1 draw at Leicester.

Famously grizzled and heavily bearded during the FA Cup run of 1993, Alan Cork was coming to the end of his playing career when he turned out for Sheffield United in the first two seasons of the Premier League (1992-93 and 1993-94).

His son maintained a much more dapper appearance, making over 300 top-flight appearances for Southampton, Swansea and Burnley, while also winning an England cap along the way.

Steve Potts served as a reliable and versatile full-back for West Ham in the 1990s, making over 500 steady and unfussy appearances for his boyhood club.

Also a left-back, Dan Potts signed for his dad's former team at the age of nine before going onto make two Premier League appearances for the Hammers. The 26-year-old now plays for Luton Town in the Championship.

Since transitioning into management, Bruce has signed and/or coached his son, Alex (also a centre-half), on multiple occasions. Alex played in the top flight for Birmingham and Hull. 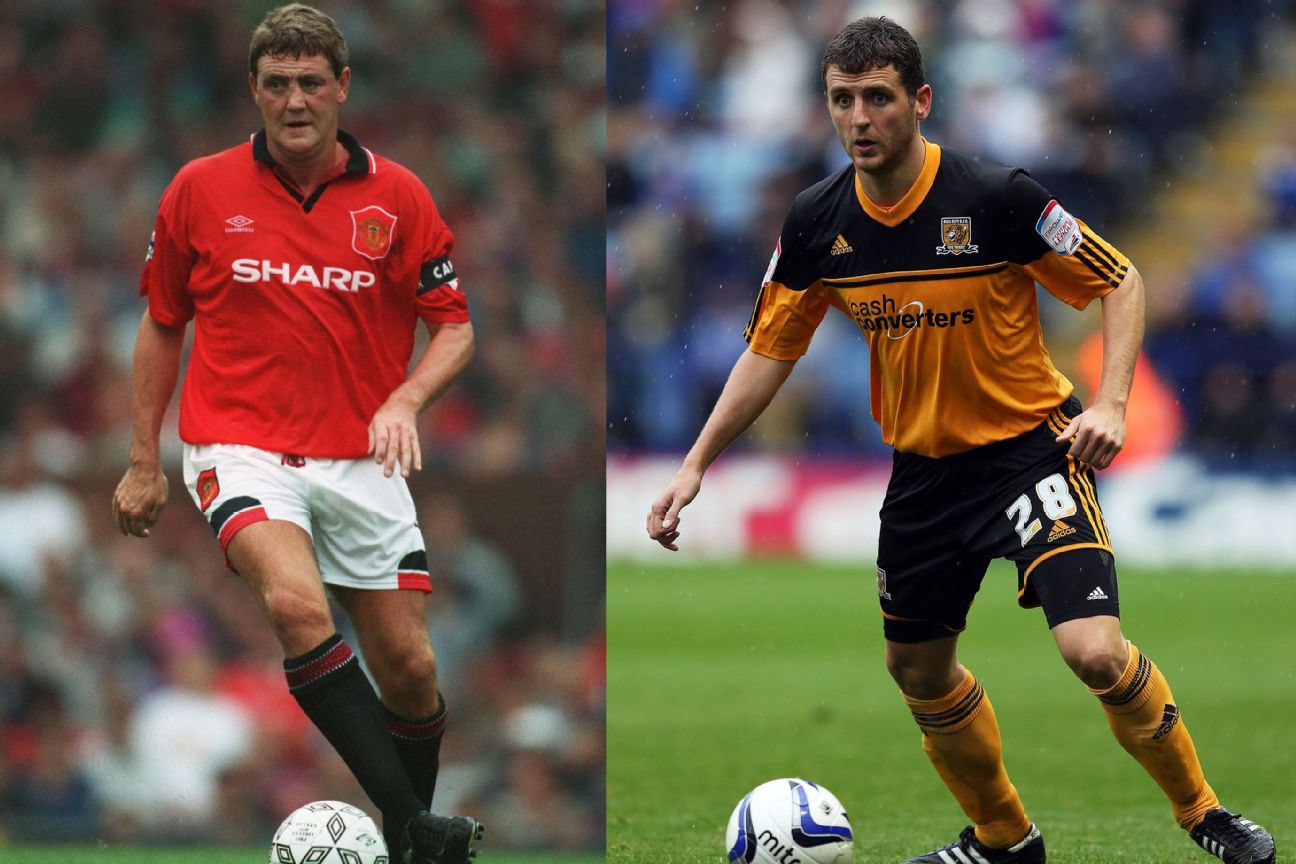 Chelsea's first South American signing, Gus Poyet made his name at the Blues over the course of four flamboyant years at the Bridge before moving across London to join Tottenham in 2001.

Born in 1995, son Diego followed his father into the family trade as an attacking midfielder, first at Charlton Athletic and then at West Ham, where he made his top-flight debut in August 2014. He last plied his trade out in Cyprus with Pafos FC. 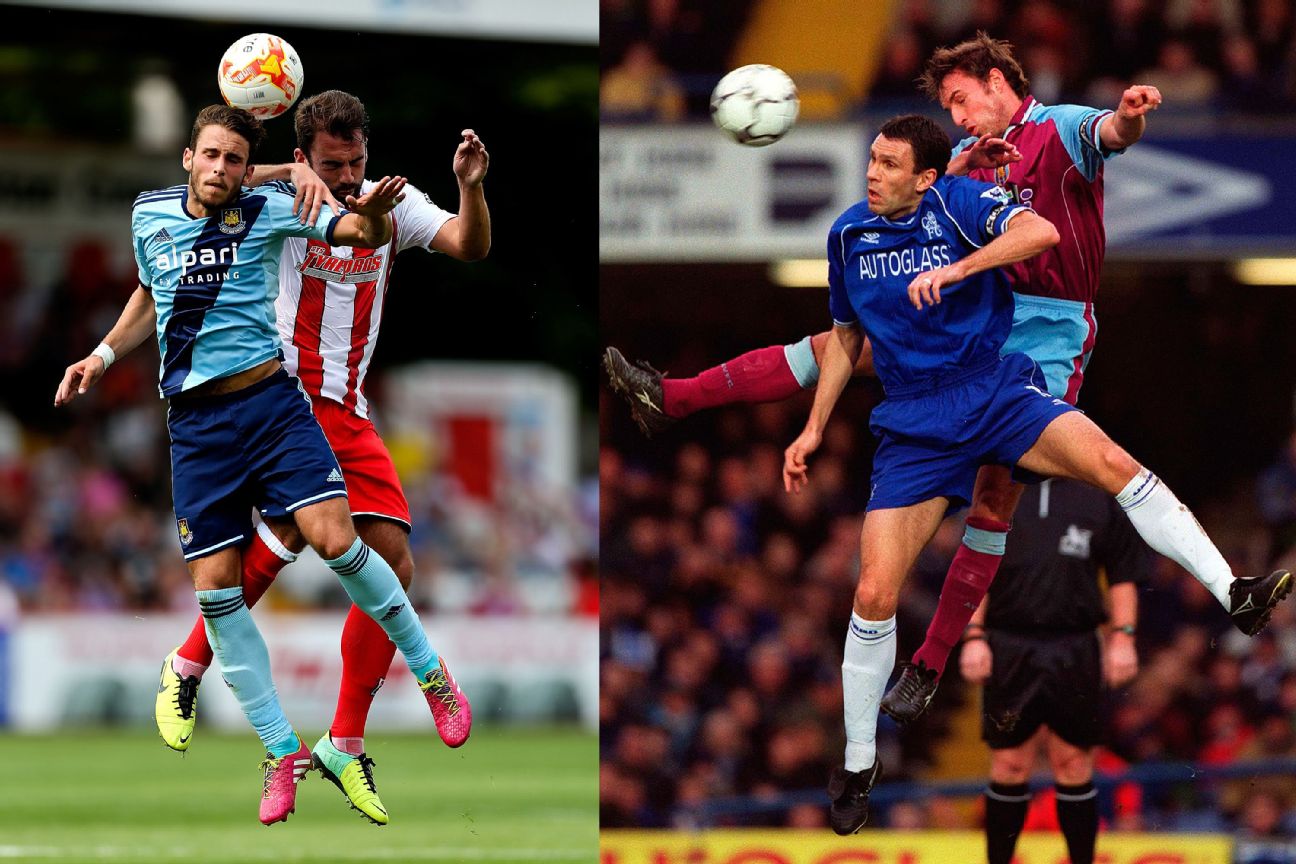 A striker with Sheffield Wednesday, David Hirst was a Premier League staple in the division's early years, famed for his ability to hit a ball really, really, really hard.

George, 21, came through the youth ranks at Wednesday but is now on the books of Leicester, where he made his top-flight bow when coming on as a sub in a 3-0 defeat against Tottenham in July. He has been loaned to Rotherham for this season.

Another father-son goalkeeping dynasty, Bryan Gunn is one of Norwich City's most celebrated players (and managers), having been a central part of their rampaging, Bayern Munich-vanquishing side of the early 1990s.

Angus followed his old man into the family business, coming through the Canaries' academy, then moving to Man City. He now provides able backup duties to Alex McCarthy at Southampton.

Scotland international midfielder Gordon Strachan was playing in the Premier League well into his 40s before he finally retired at Coventry City in 1997 to take over as manager on a full-time basis.

In the Coventry squad at the time was a young midfielder by the name of Gavin Strachan, first-born son of the boss, who selected him to play 16 times before loaning him out to Dundee.

It seems like an eon ago, but there was one point, in 1993, where powerhouse striker Paul Furlong was Chelsea's record signing, having cost the Blues an exorbitant fee of £2.3 million to acquire from Watford.

His son, Darnell, is also a professional footballer, though he plays in defence, making his Premier League debut for QPR in 2015 at the age of 19 before moving on to West Brom in 2019.

Alvin Martin is royalty as far as West Ham fans are concerned, with the no-nonsense defender racking up almost 600 appearances and winning the FA Cup with his boyhood team.

He is also one of few players to score a hat trick with each goal coming against a different goalkeeper, doing so in the Hammers' 8-1 win over Newcastle in 1986. 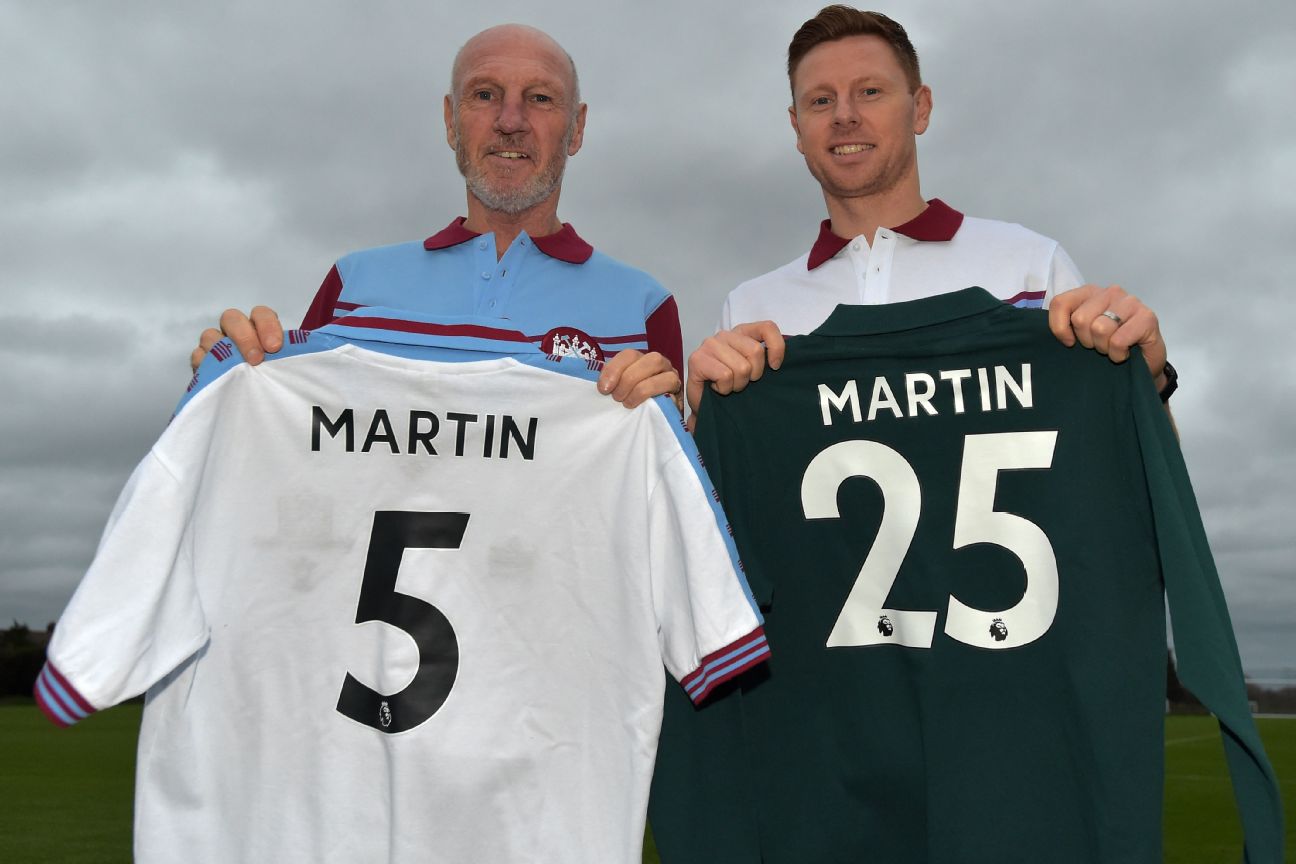 Martin's son David is a goalkeeper and was at the West Ham academy, but he failed to make the grade and was released. But he returned to the Hammers at the age of 33, and he made an emotional debut in November 2019 by keeping an impressive clean sheet against Chelsea. At full-time, David climbed into the stands to give his dad a hug to celebrate.