Jump to: Gotze latest footballer to drop silverware | Spice up your chicken with 'Sancho Sauce'

Bayern Munich's Champions League-winning heroes returned home on Monday after their 1-0 victory in a tense final against Paris Saint-Germain but, understandably, they did not arrive to the rapturous reception they deserved.

The German giants won their sixth European Cup in Lisbon to add to the Bundesliga and DFB-Pokal triumphs they had already sealed this season, claiming the Treble for the second time in their history.

Bayern, the competition's top scorers with 43 goals, also became the first team ever to become champions of Europe having won every single one of their matches en route to lifting the trophy.

🗣️ Minister-President @Markus_Soeder: "All of Bavaria is proud."

But, due to the ongoing social distancing measures in place to combat the coronavirus pandemic -- something Bayern themselves incorporated into their own activities at an early stage -- the celebrations were rather low-key. 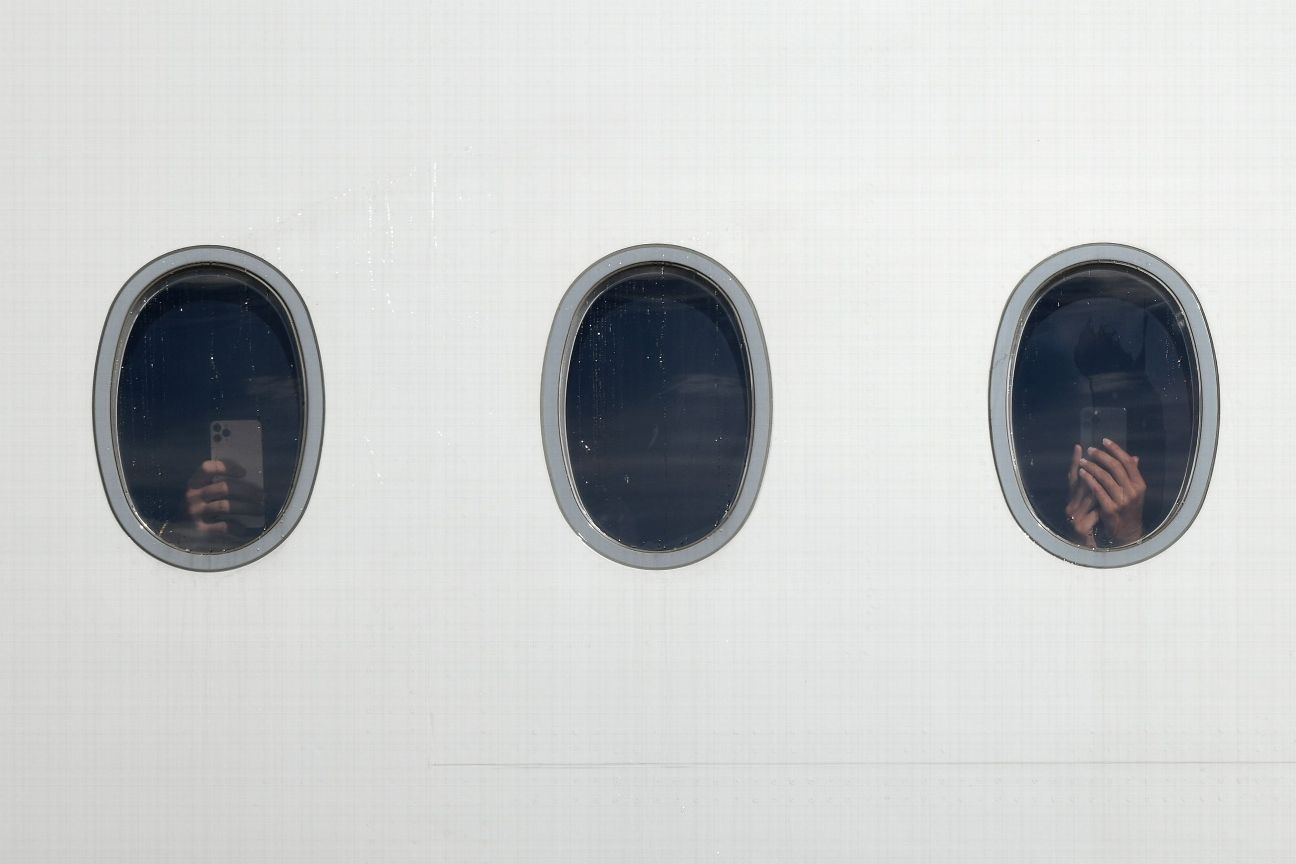 It's nice to know that even superstar footballers like to press their phones against the window to film the plane landing. 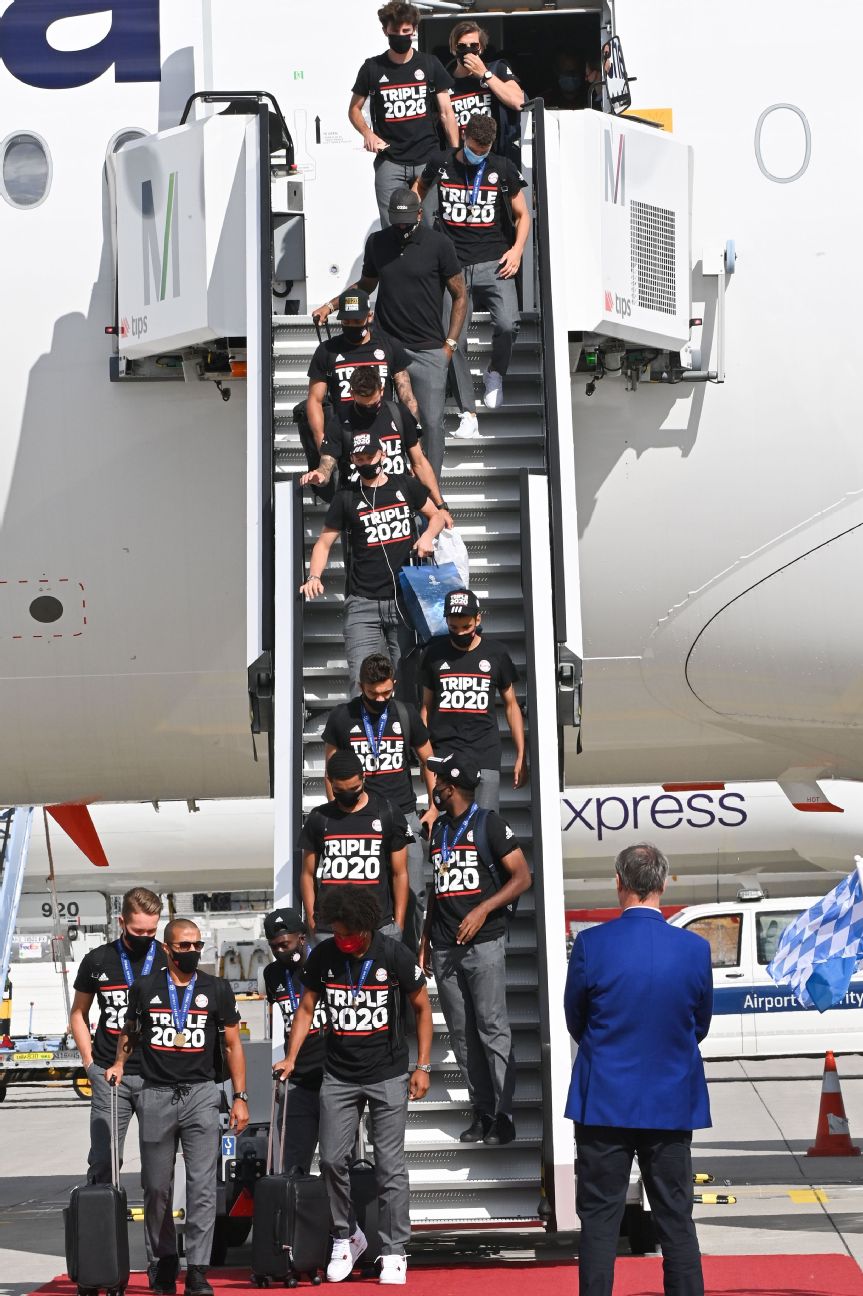 Markus Soder, Minister-President of Bavaria, was on hand to meet the players as they disembarked. 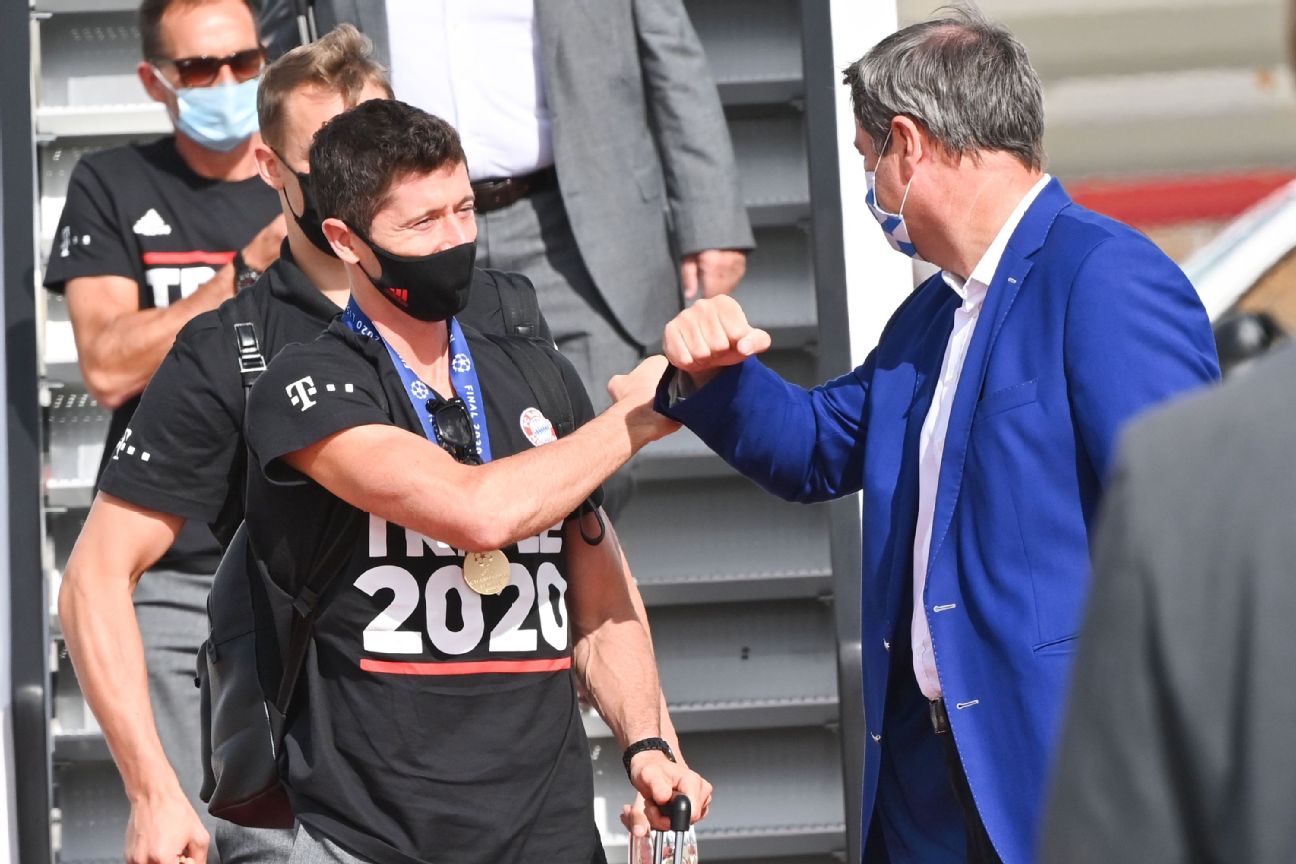 This season's top scorer Robert Lewandowski was one of the first to receive a welcome back on terra firma. 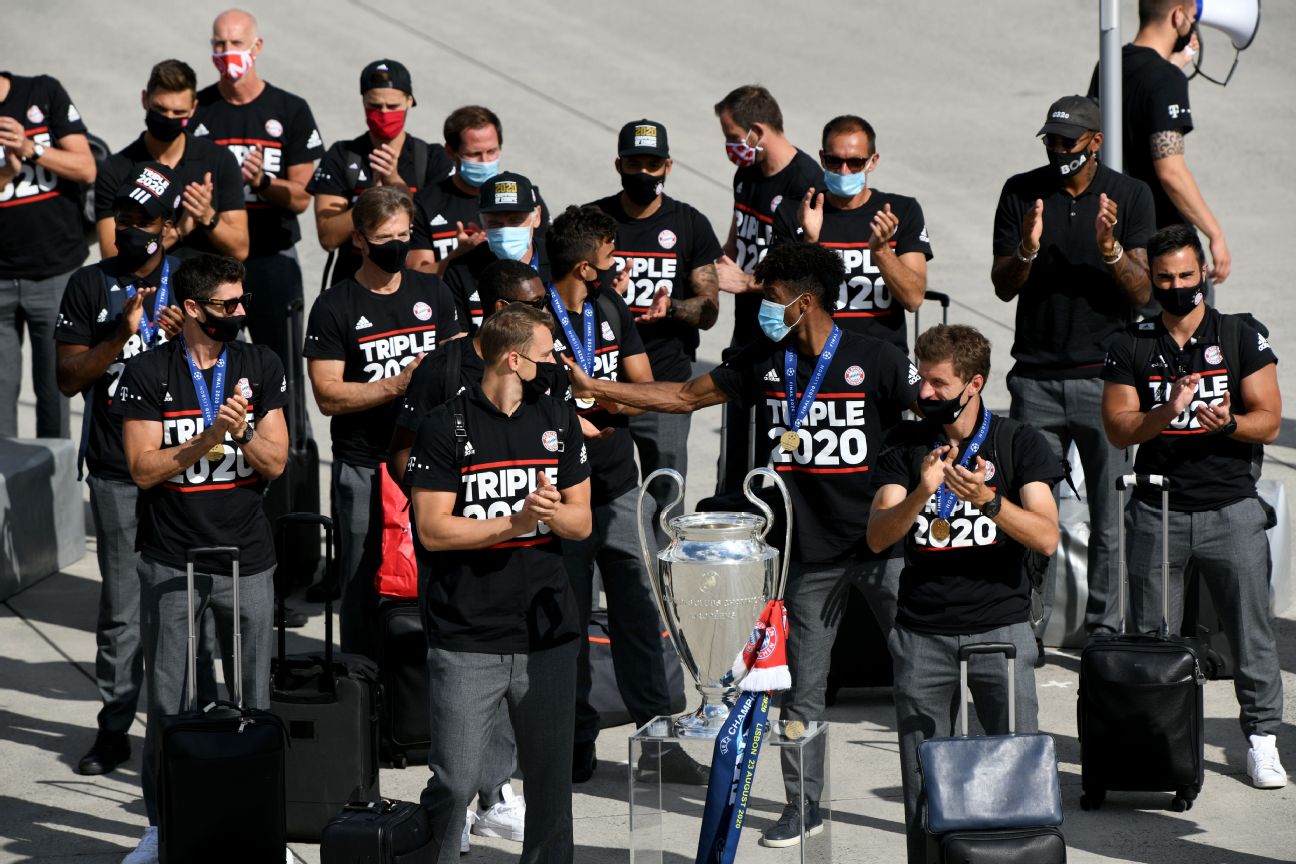 With their hand luggage in tow, the full squad then assembled on the runway for a socially-distanced photo alongside the trophy. 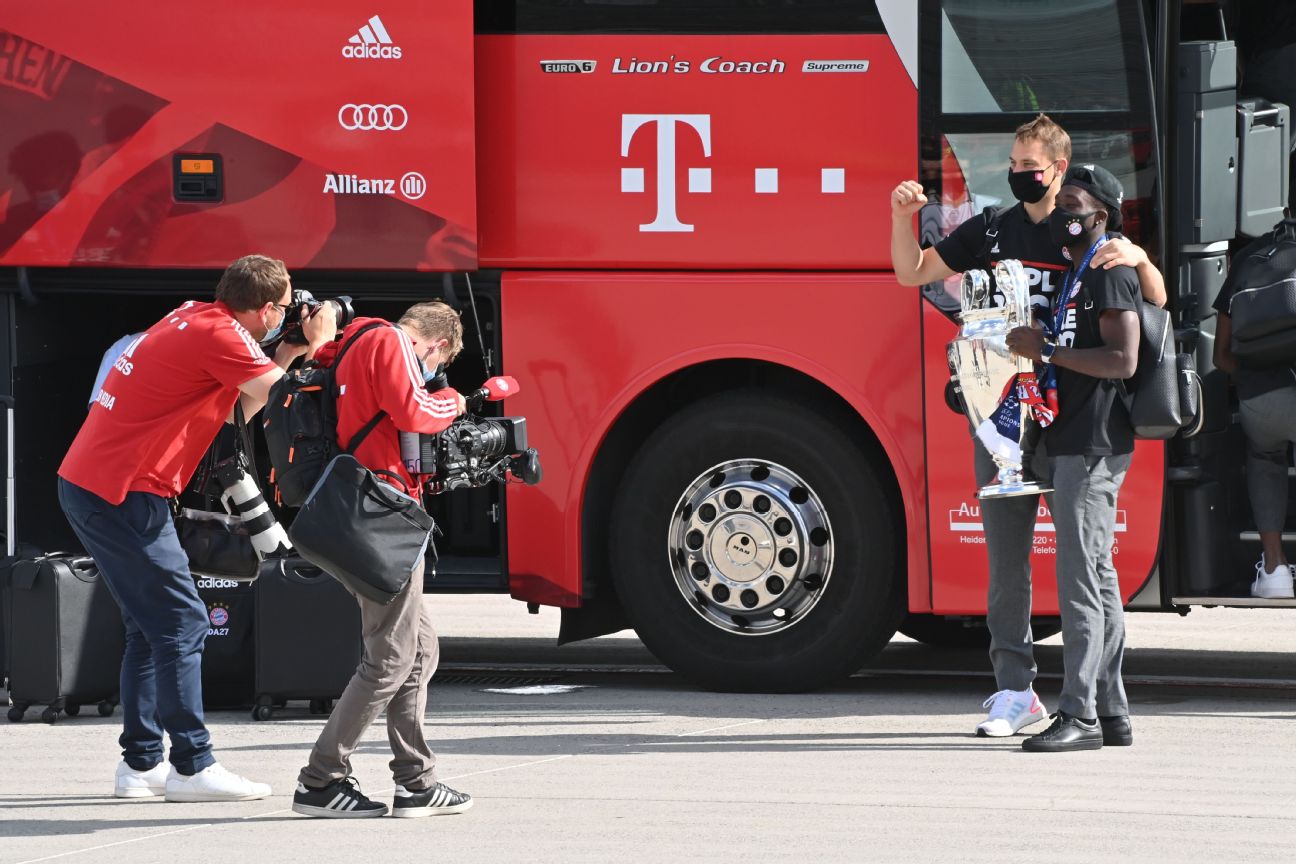 Alphonso Davies, the first Canadian to ever with the Champions League and possibly the only Bayern player to be followed by Drake, was able to get his hands on the silverware before boarding the bus with Manuel Neuer. 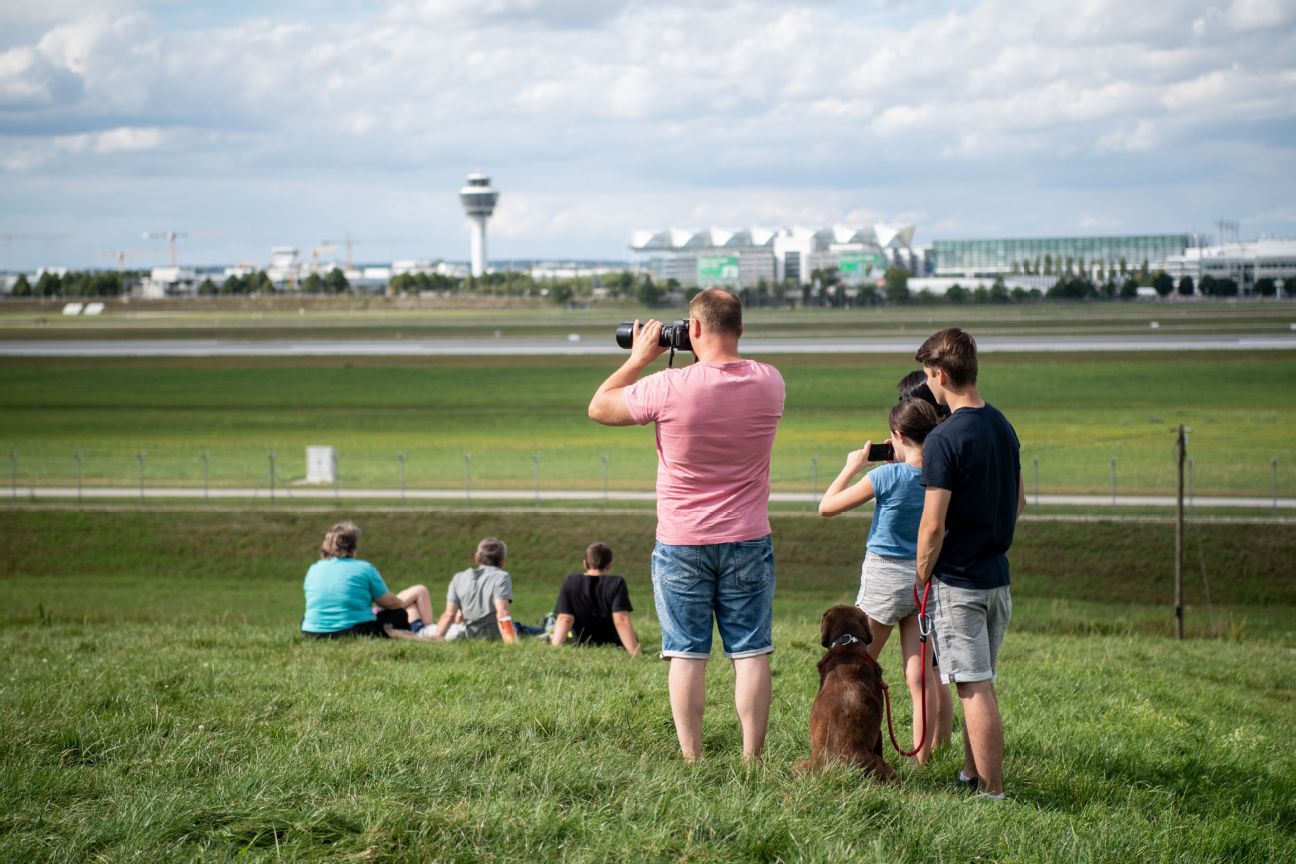 With nowhere for supporters to greet the players at the airport or an open-top bus parade to show off the trophy, a handful of hardy fans had to make do with catching a glimpse of their beloved team from the airport's perimeter fence.

The trophy was then escorted back to the Allianz Arena, where those gathered did their best to applaud Bayern's returning victors.

"We've been on an incredible journey in Lisbon," Bayern chief executive Karl-Heinz Rummenigge said as he addressed the squad.

"What's standing here on the pitch is what defines this club -- a fellowship between the team and the whole staff. That's the unity we always want to see at FC Bayern."

Meanwhile, there was an understandably dejected air over in Paris as the defeated PSG players also made their way home.

After flying in from Portugal, Kylian Mbappe and the rest of the Ligue 1 side traipsed back to the Parc des Princes for a postmatch debrief. 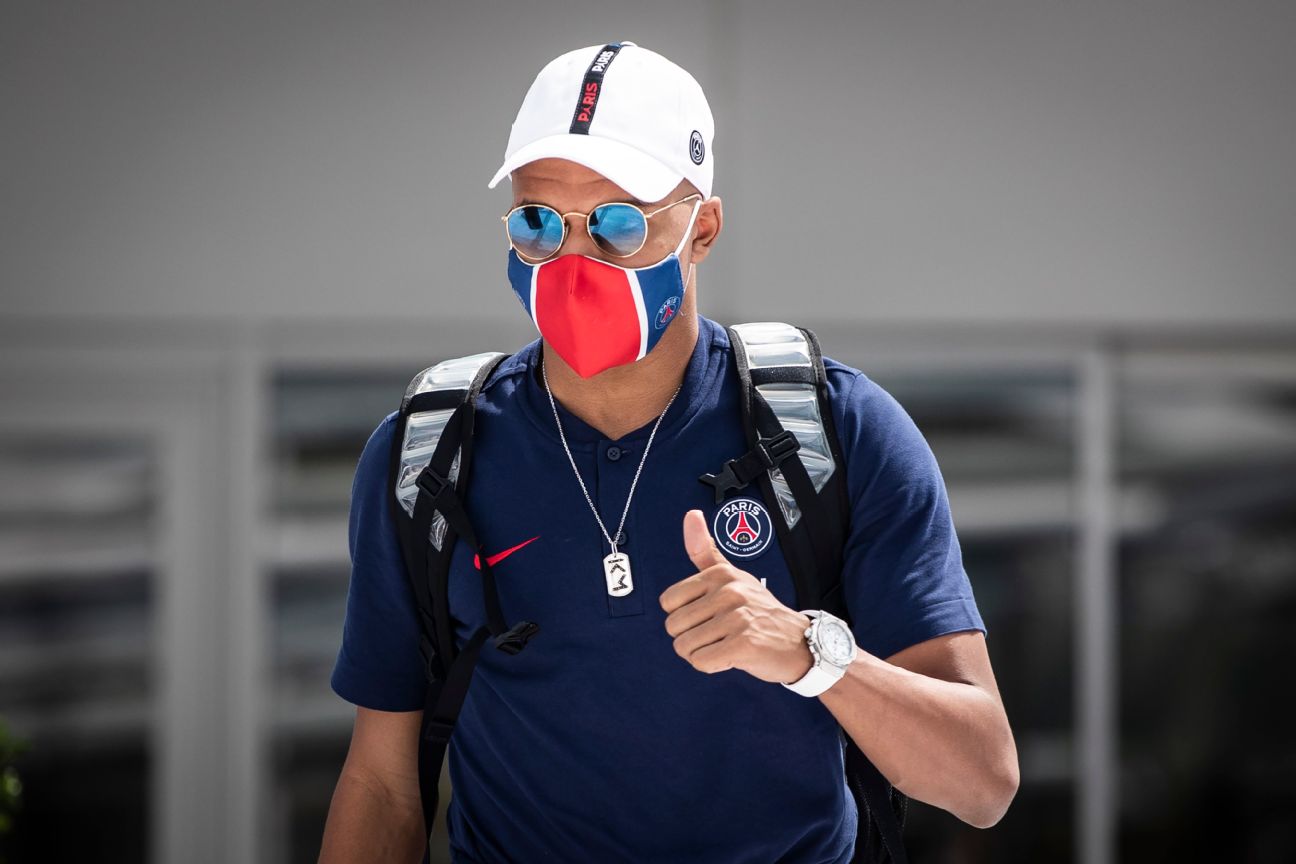 Neymar was reunited with his son, David, who didn't seem to mind that his souvenir medal was silver rather than gold.

Indeed, the atmosphere was again subdued as PSG were applauded into the stadium by a modest number of friends and family, with fans prevented from gathering outside. 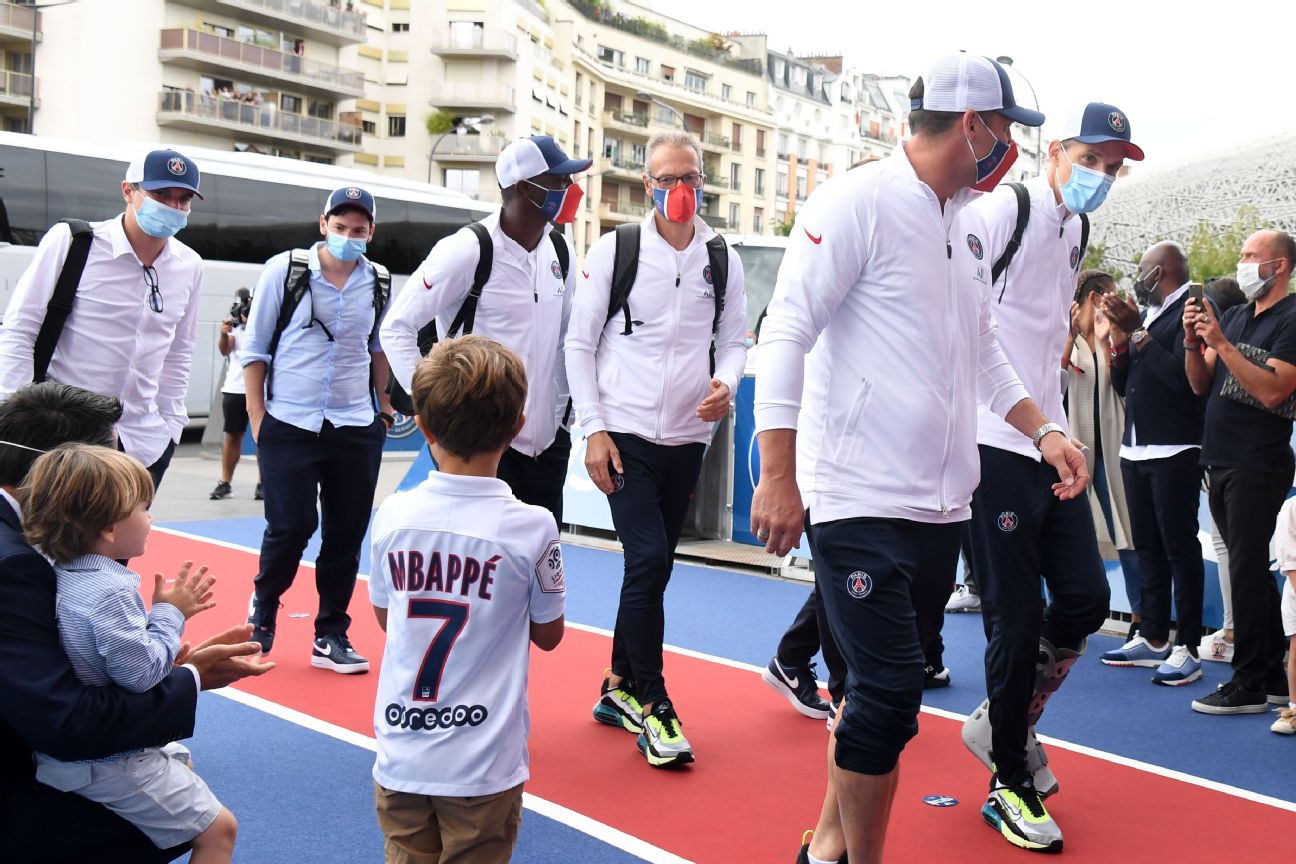 It is a great honor for me to receive the North Rhine-Westphalia Order of Merit. I will continue to support disadvantaged children all over the world - together with my wife. I will find a safe place for the medal so that I don't drop it again 😜

He may have scored the winning goal in a World Cup final but it seems that the pressure of performing on the big occasion still gets to Mario Gotze from time to time.

Gotze was appearing at an event in Cologne this week where he was being formally recognised for his charity work outside of football.

However, upon receiving the regional Order of Merit from state premier Armin Laschet, the former Borussia Dortmund and Bayern Munich forward let his medal slip from its case.

As Gotze posed with his medal proudly on display outside the venue, the star-shaped emblem slipped from its presentation case and fell to the floor -- though thankfully it wasn't damaged.

"It is a great honor for me to receive the North Rhine-Westphalia Order of Merit," Gotze wrote on Instagram. "I will find a safe place for the medal so that I don't drop it again."

It's not quite Sergio Ramos throwing the Copa del Rey under a bus, but it's another example of footballers letting silverware slip from their grasp.

Spice up your chicken with 'Sancho Sauce'

Nando's and Nike have linked up with @Sanchooo10 on the launch of his very own, bespoke and exclusive PERi-PERi hot sauce named "Sancho Sauce."

If you were looking for ultimate confirmation that Jadon Sancho has made it on the elite footballing stage, the proof is now finally upon us.

The much-coveted Dortmund winger has paired up with chicken restaurant chain Nando's to create his very own signature bottle of spicy hot sauce.

The exclusive Peri-Peri sauce is named "Sancho Sauce" and is a bespoke concoction made to the England winger's chicken condiment specifications of choice -- medium in heat with fiery jabs of BBQ and pineapple.

Unfortunately, the Sancho sauce is unavailable to buy and unlikely to grace any Nando's tables as it forms part of the promo for an upcoming Nike kit and boot launch.

However, fans will be able to win themselves a limited edition bottle when the Nando's #ShowYourSauce social media challenge launches this week.