When it comes to hiring agents, some footballers prefer to keep things in the family -- and we're speaking quite literally.

Jump to: Jimenez hints at Wolves stay by modelling new kit | Ibrahimovic does likewise for AC Milan | Roma drop another classic away jersey

While many players are happy to hand over a percentage of their salary to intermediaries and global sport conglomerates in exchange for their administrative services, a certain number of professionals let their immediate relatives take care of business.

Parents, siblings and even spouses have had a hand in negotiating some big contracts and transfers down the years, and that is set to continue in this summer's transfer window.

Aubameyang employs his father, Pierre-Francois, to keep his affairs in order. Being an ex-professional footballer himself, Papa Auba knows a thing or two about how the industry operates from a business perspective. 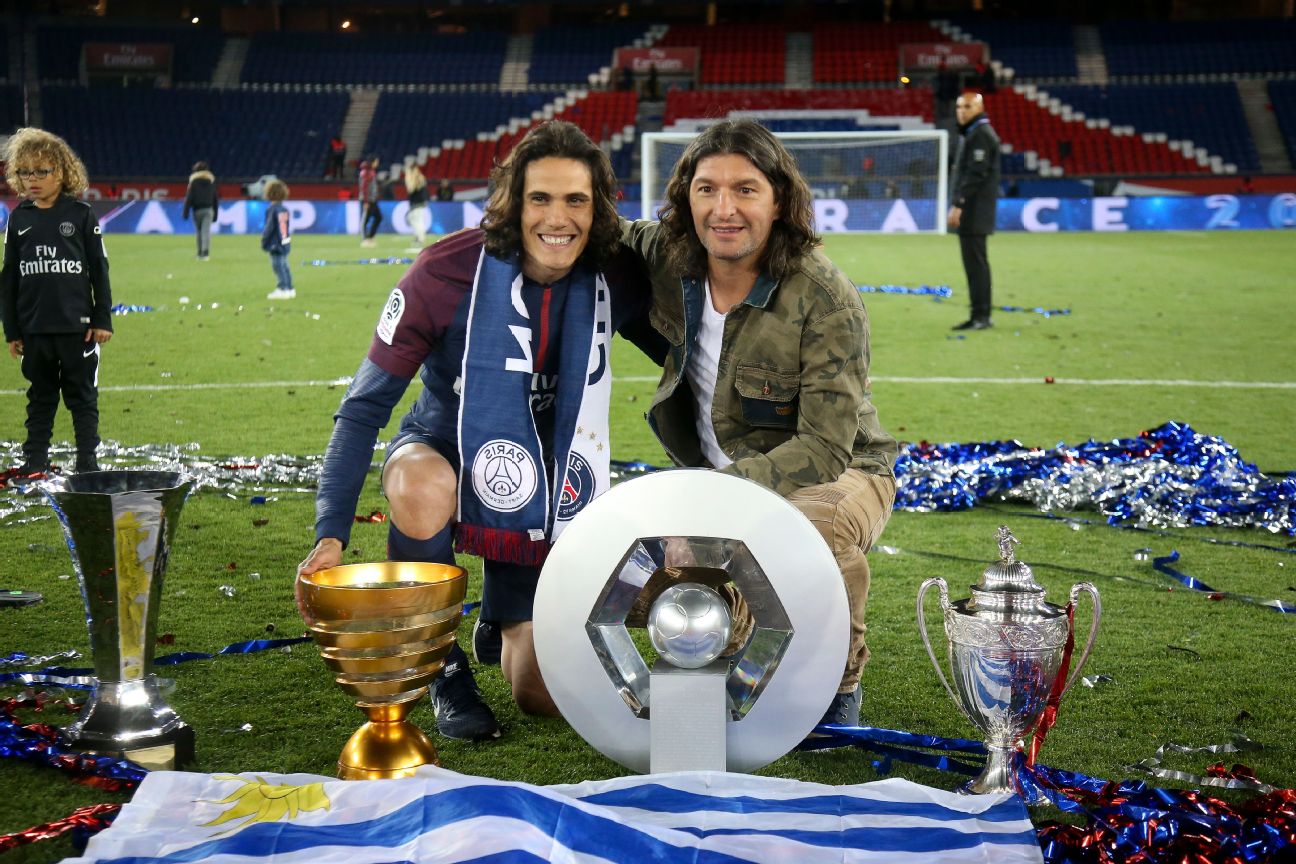 Not only do they share a wonderful head of lustrous Uruguayan hair, but Cavani and his brother Walter are also business partners, with the latter acting as his younger brother's agent.

However, not everybody is a fan of working with Walter with potential suitors Atletico Madrid branding his demands "shameful" during negotiations held earlier this year. 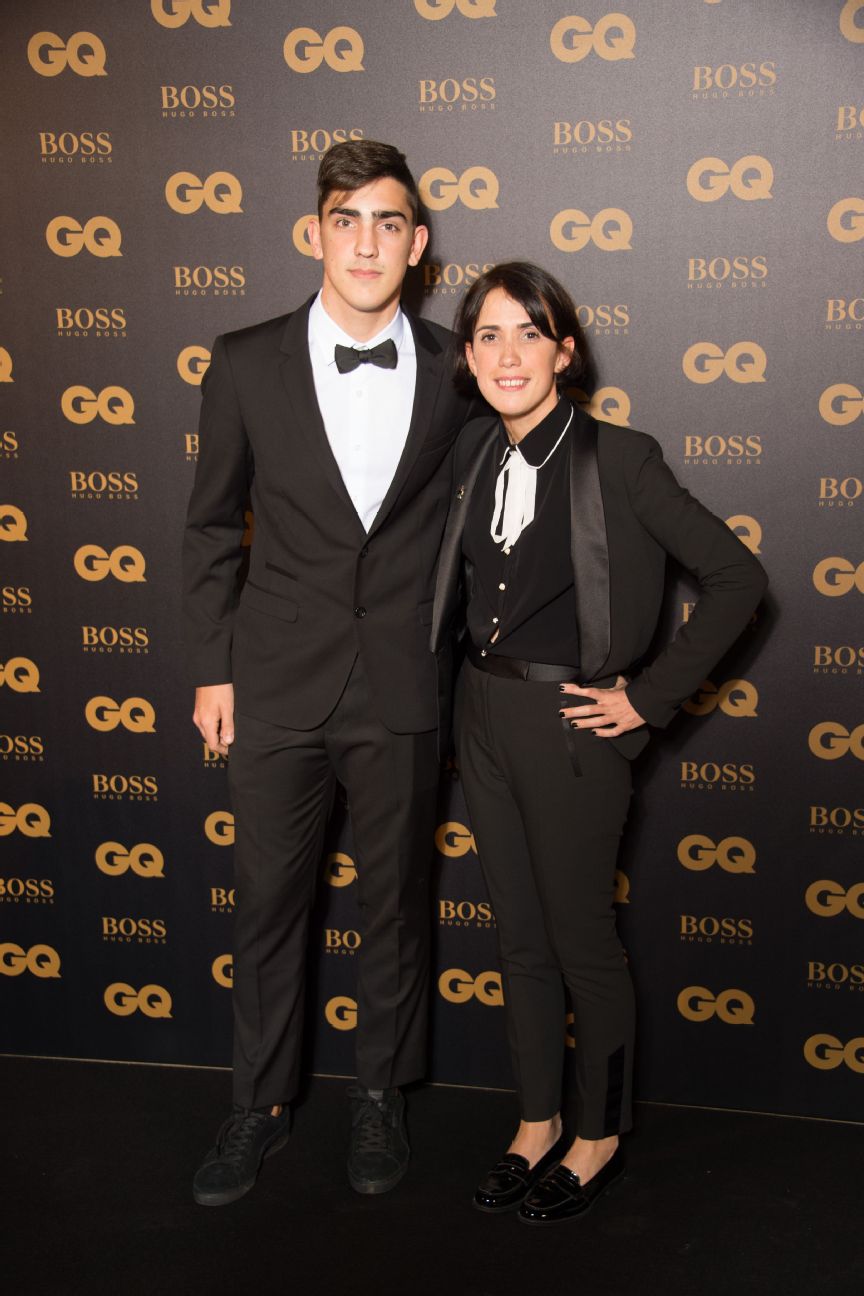 Griezmann may well be unique in having his sister operating as his agent, with the Barcelona striker using his older sibling Maud (pictured with younger brother Theo on board) looking after his professional interests as well as cheering him on from the stands. 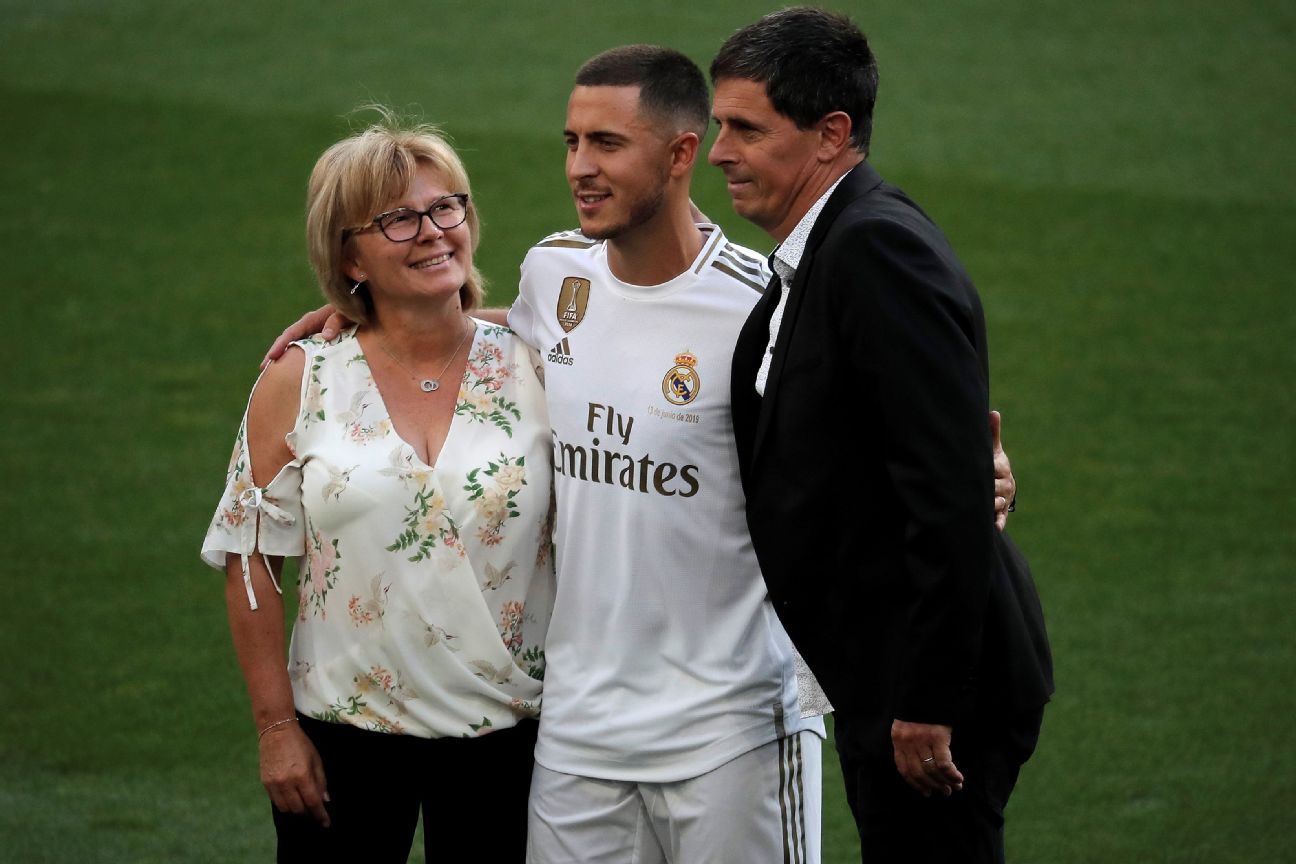 When it comes to the Hazards, football is very much the family industry with brothers Eden, Thorgan, Kylian and Ethan all playing professionally to make mother Carine proud while their father, Thierry, oversees his ridiculously talented flock as both patriarch and agent.

The tale of Mauro and Wanda Icardi is a long and tumultuous one, with the Paris Saint-Germain striker's wife/agent causing ructions and outrage on a regular basis with her outspoken ways.

Safe to say Inter Milan were probably glad to see the back of the Icardis after Wanda made a habit of airing the club's dirty laundry during her weekly no-holds-barred appearances on a television football show. 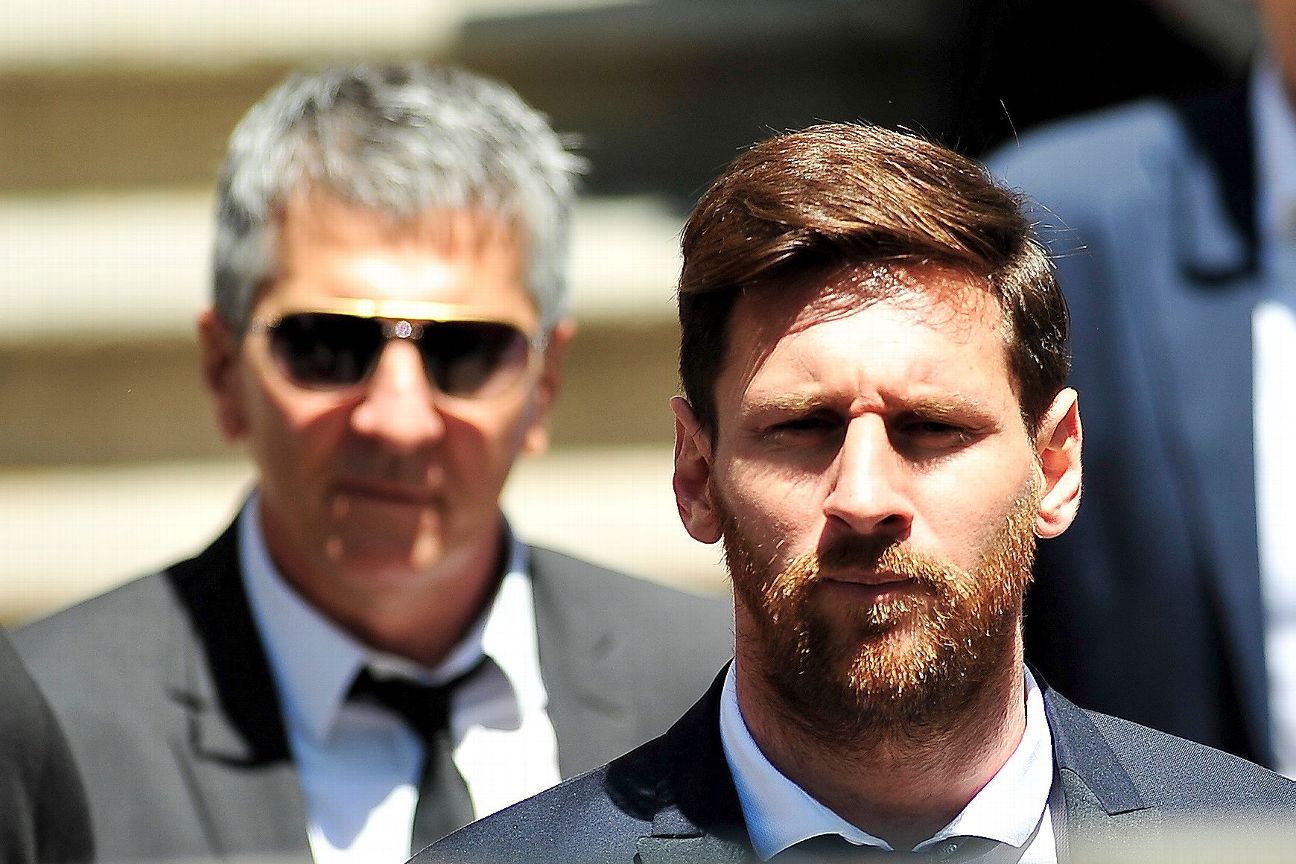 Jorge Messi has overseen his son Lionel's rise to indisputable greatness every step of the way, acting as a representative for the Barcelona star since day one. 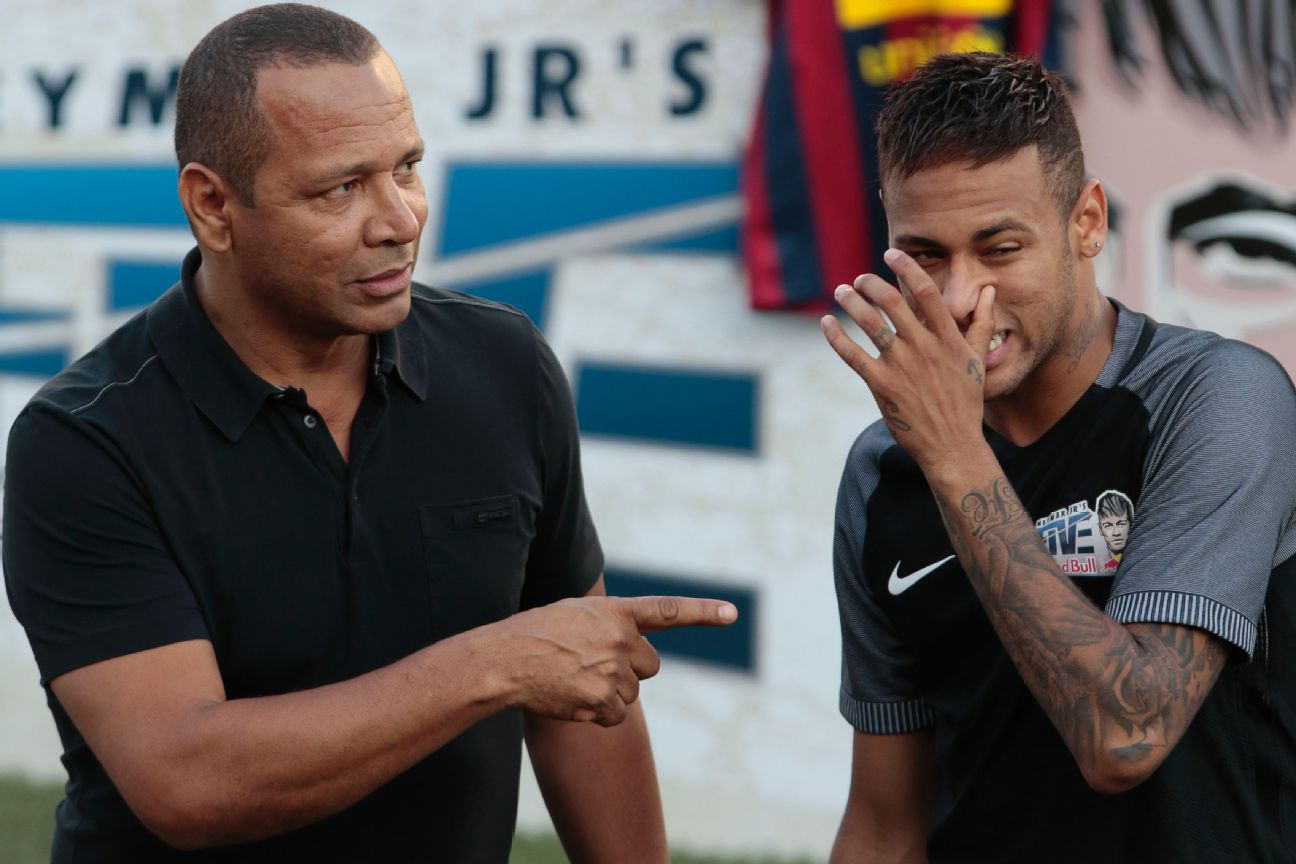 Another top South American forward with familial ties to his principal representative is Neymar, who employs his father to look after his various contract dealings.

The job has proven very lucrative too, with Neymar Sr. having reportedly earned close to £100 million in commissions thanks to his son's string of mega transfers. 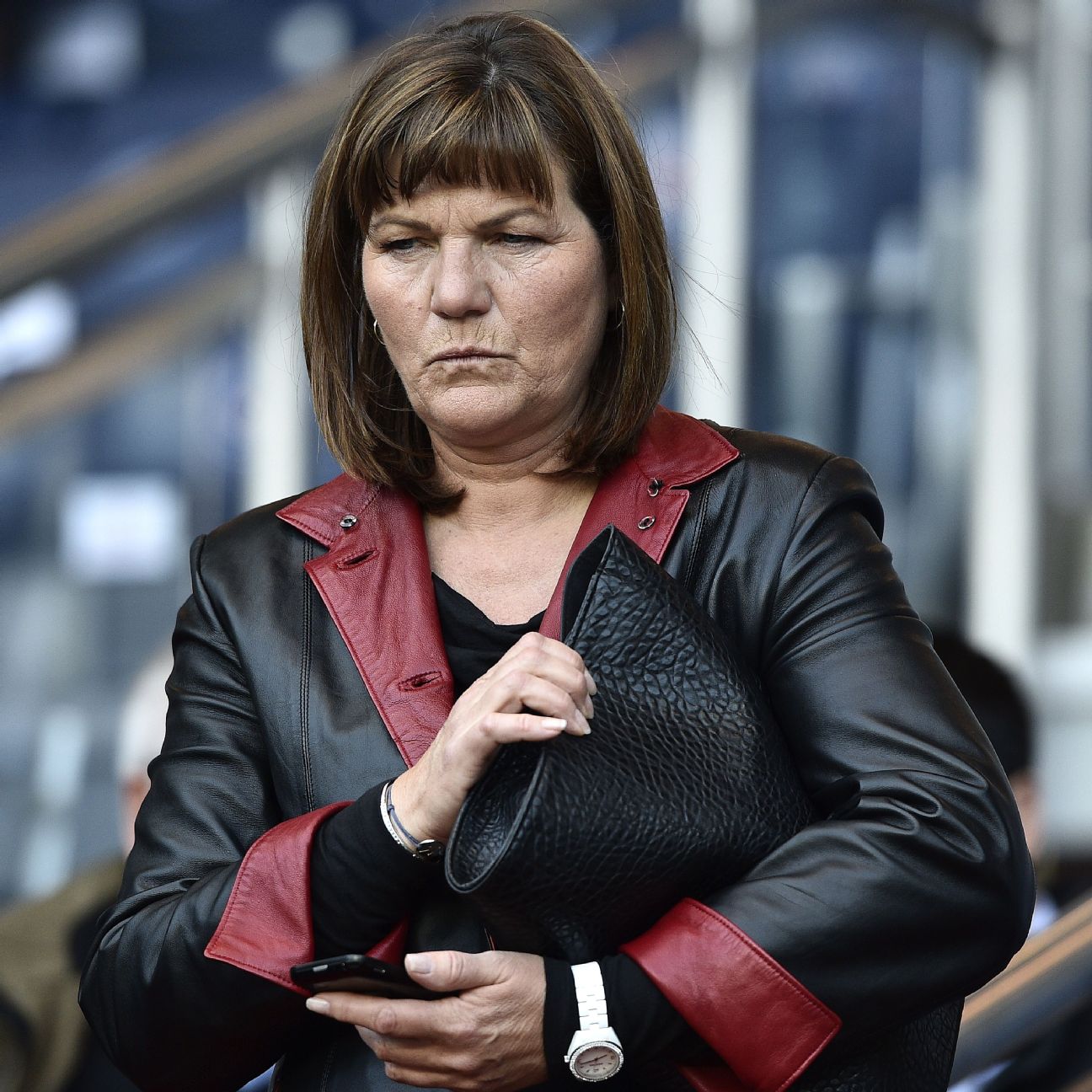 A controversial figure at the best of times, agent Veronique Rabiot earned herself a fierce reputation thanks to her staunch representation of her son's interests while serving as the French midfielder's agent.

Indeed, Veronique proved a constant thorn in the side of the Paris Saint-Germain owners, who she even accused of taking her son "hostage" and keeping him "prisoner" during the bitter and protracted contract feud that rumbled between the two camps throughout 2018 and 2019.

Riise let his mother, Berit, help to negotiate his 2001 transfer to Liverpool, though it wasn't long before the Norwegian defender decided to relieve her of her duties.

"I prefer her in the role as mum only, not as agent-mum. The reason for this is that I want to separate work and family," he explained.

In fairness, Berit took her sacking well and joked that her son had probably grown tired of being called a "crybaby" by his teammates. 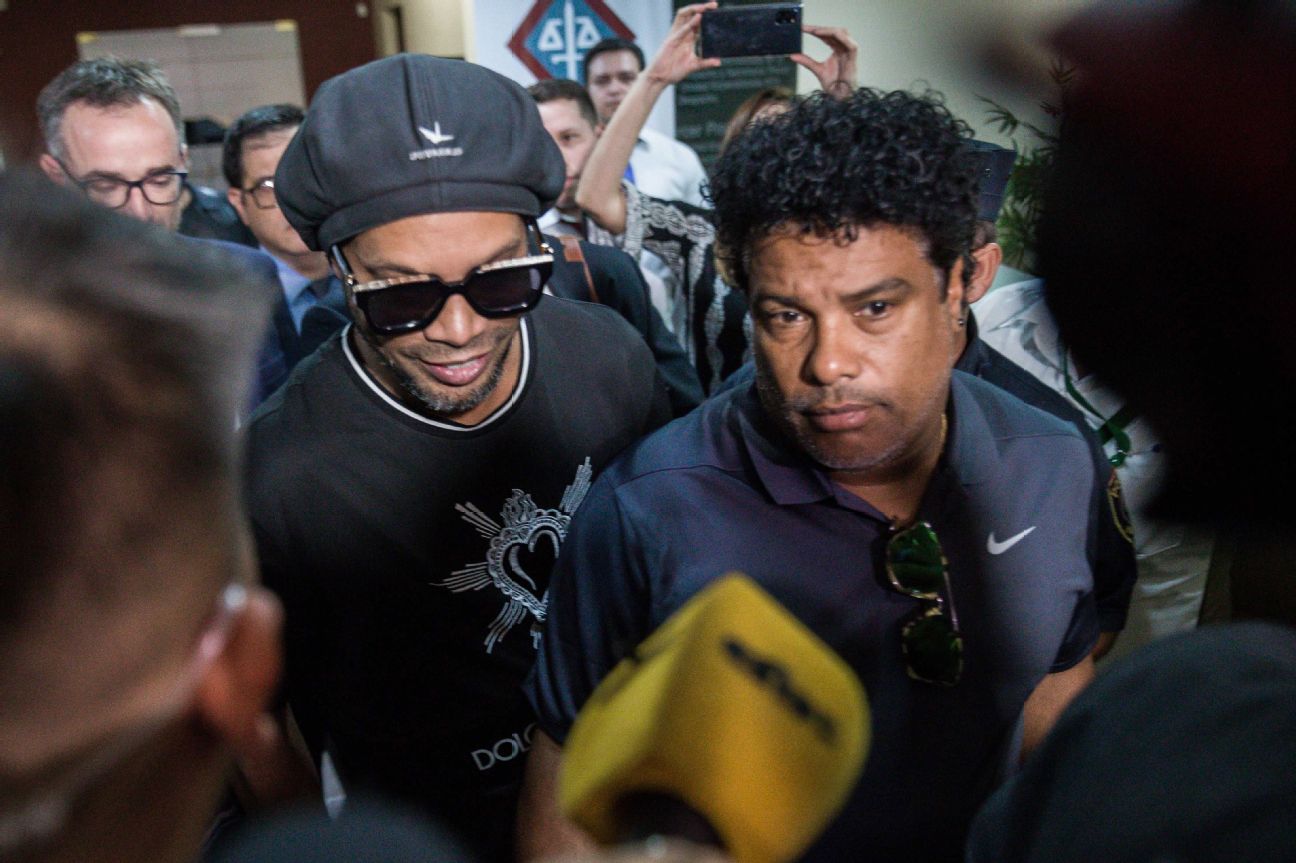 Perhaps the most well-known sibling player-agent combo in the business, Ronaldinho has employed his older brother Roberto Assis as his manager, minder, agent and adviser since his formative days at Gremio back in the early 1990s.

However, Roberto and his brother have recently landed themselves in a spot of bother that has left them under house arrest in Paraguay.

Raul Jimenez has been unveiling the new Wolves home kit which has led fans to take it as a clear sign that the Mexico striker will be sticking around to wear it next season.

The 29-year-old has enjoyed another productive year at Molineux, scoring 22 goals and reportedly attracting interest from the likes of Manchester United and Juventus.

It would appear the sight of Jimenez enthusiastically modelling the latest Wolves shirt has been enough to convince many supporters that he'll be sticking around for the foreseeable.

However, the real concrete evidence will be whether or not he's included in a month beyond January when the new official 2021 Wolves club calendar is released.

Ibrahimovic does likewise for AC Milan

AC Milan have also unveiled their brand new home kit for next season, though there are no points on offer for guessing the general design.

The Rossoneri have plumped for the classic red-and-black stripes approach as favoured by the club since time immemorial (well, since the 19th century at least).

Zlatan Ibrahimovic was on hand to help model the 2020-21 strip, sparking hopes among fans that he will extend his second stint at the club beyond the end of the season.

The 38-year-old, who has scored seven goals and set up four more in 16 league appearances since joining from LA Galaxy, has an option to extend his stay until June 2021

The pattern in the jersey is apparently inspired by the "grandeur of Milan" and in particular the ornate domed ceilings of its Galleria, claimed to be the oldest active shopping centre in the world.

A kit inspired by a mall? That must surely be a first.

Roma drop another classic away jersey

The new away shirt will be worn for the first time tonight against Torino! 🔥
#ASRoma #TorinoRoma pic.twitter.com/h3NOH77svA

On the subject of new kits, Roma have pulled an instant classic out of the bag with a truly sumptuous new away shirt for 2020-21.

The strip features the beloved "Lupetto" wolf crest and the ivory colourway is supposed to be reminiscent of the countless classical monuments that are dotted throughout Rome.

The styling is also deliberately inspired by Roma's kits from the mid-1980s, a golden era for the club in which they won Serie A and a flurry of Coppa Italias.

As with most Roma kits, home and away, it's an absolute beauty.