Andres Iniesta has expressed his gratitude for pants being added to a statue of him scoring his iconic World Cup-winning goal, set to be unveiled in his hometown, after a nude version of the work went viral.

The life-size sculpture was due to be formally presented in Albacete on July 10, the 10th anniversary of Spain's 1-0 extra-time win over Netherlands in South Africa.

But when Albacete city council announced on Tuesday that the unveiling had been postponed until next year due to the coronavirus outbreak, their tweet caused a stir as it showed the statue of former Barcelona midfielder Iniesta in a state of complete undress.

Concern was rife, particularly among the people of Albacete, who realised they may have to share their streets with a large nude likeness of their most famous footballing son.

Thankfully, the Soliss arts foundation, who were responsible for commissioning sculptor Javier Molina, have confirmed that photo was of a preliminary pre-casting model and not of the finished piece.

"We are very surprised with the misunderstanding that has been created from the photograph taken in November regarding the Andres Iniesta sculpture that our foundation will donate," Soliss said in a tweet accompanied by a more recent image. "Did you truly think that we would put it naked? In any event, we reassure you, here is a photograph of Javier Molina's updated work."

This all came as a great relief to Iniesta himself, who shared that image of the statue complete with shirt, socks, boots and -- perhaps most importantly -- a pair of shorts.

"Thanks for putting my pants on," Iniesta, who now plays for Japanese club Vissel Kobe, joked in a tweet on Saturday.

Here is how that dramatic moment at Soccer City in Johannesburg looked in reality: 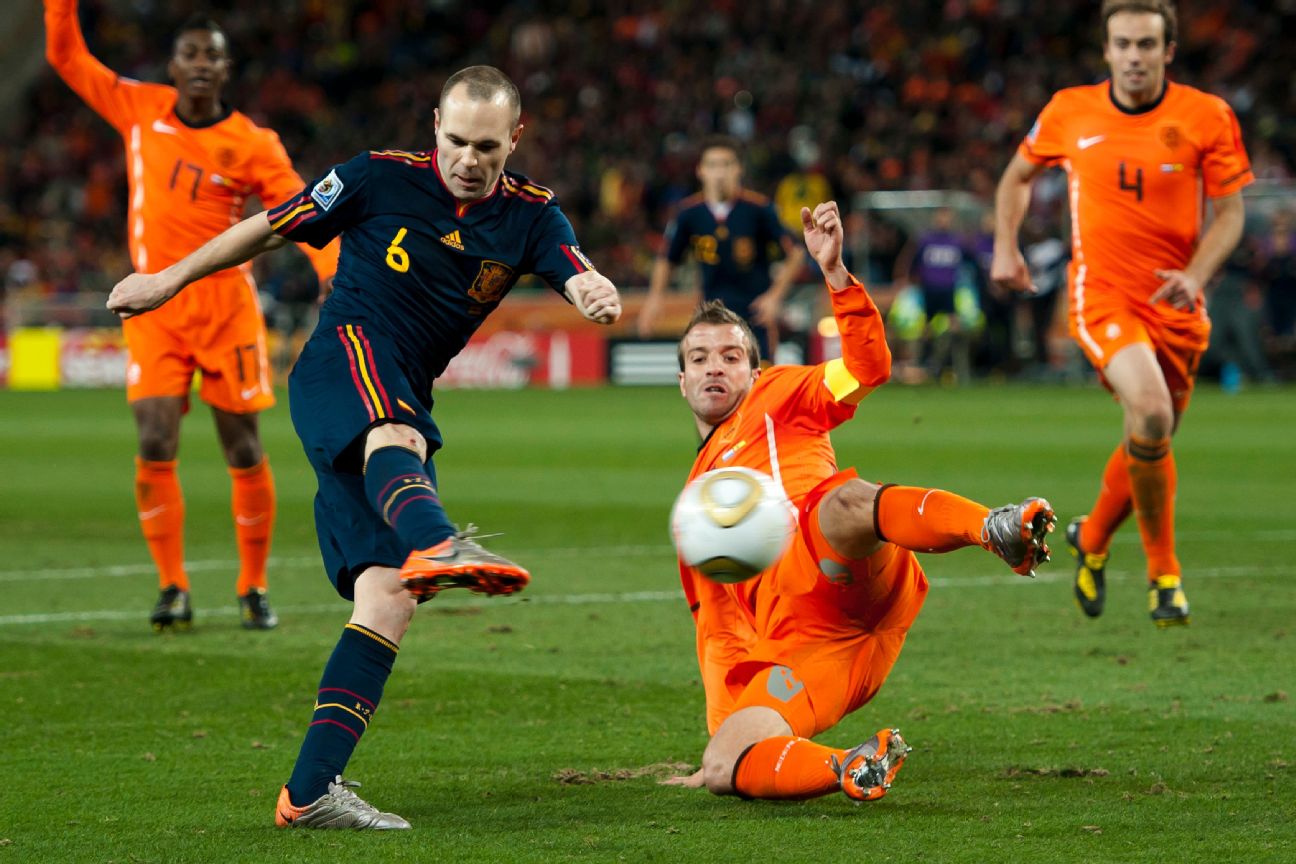 Molina has reassured everybody that his likeness of the 36-year-old will be fully clothed as and when it is officially presented.

"Do not be shocked, the clothing and ball is missing. That photograph was taken at the end of November," he explained to Cadena Ser radio.

"It was in the process of being finished, which is what is seen in the photograph.

"When I do a sculpture, I start from the inside towards the outside, it's like a skeleton and then I put clay. Before you put the clothes, the figure must be naked."