HOUSTON -- Texans assistant secondary coach D'Anton Lynn knows what the Los Angeles Chargers are going through in preparation for their game against Houston on Sunday.

After all, he has been coached by Chargers head coach Anthony Lynn, his father. When he was growing up, D'Anton said, his dad coached all of his teams. And he was as hard on his son and his son's teammates as he is now.

"He was a perfectionist," D'Anton said. "I’d be 8 years old and he’d coach me like he coaches his guys now."

"As I go along in my career, I find myself in those situations, I always go back and think back to what would he do here." 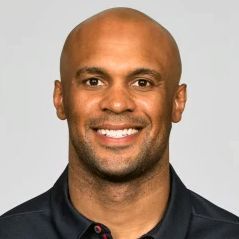 D'Anton, who played cornerback at Penn State, spent an offseason and training camp with the Jets when Anthony was the running backs coach in New York. He was also on the coaching staff with the Bills and Chargers with his dad. D'Anton is in his second season with the Texans.

"You raise your kids, but you never know how they're going to be when they grow up, especially when they come and work with you," Anthony said. "I thought the way he handled himself when he worked here with me -- he couldn't have done it any better. He worked his tail off. He's been around this game all his life.

"He knows this game, and he just turned into a really good young coach. Someone recognized it and called and promoted him, and I was happy for him, happy to let him go."

D'Anton said he learned so much from watching his father work his way up the coaching ladder and how much work he did to get there.

"[I watched] how he deals with players, how he dealt with other people on the staff, and as I go along in my career, I find myself in those situations. I always go back and think back to what would he do here," D'Anton said.

So whom will the Lynn family be rooting for on Sunday in Carson, California? D'Anton said they have family in California and Texas, so he thinks it will be a pretty even split. But Anthony sees it going another way.

"They'll all be at the game and they'll all be rooting for him, is what I've heard," Anthony said. "He's the darling of the family, I guess. I don't know. My mom said, 'You've won two Super Bowls already; I'm rooting for my grandbaby,' and I'm like, 'Well, hell, I need one as a coach, Mom.'"