n 1995, I was down at the L.A. Courthouse with an army of other photographers wondering why I was taking the same uninspired pictures as everyone else.

What really interested me were the views of bystanders; after all, everyone had an opinion about O.J. - and I saw a means of creating a platform for this chorus of voices rising up from every corner of the city.

In a flash, I pictured myself interviewing people from all over L.A., writing their opinions on sign boards and photographing them having their say.

Armed with permanent markers and whiteboard, I crisscrossed the city, visiting barber shops and boxing gyms, a bowling alley and an arcade.

I stopped at a Gurdwara in North Hollywood and plied a group of Punjabi Sikhs hesitant to speak out. I joined a Pentecostal service in Panorama City and elicited the views of worshippers. I went out to Catalina and stopped a pair of snorkelers as they emerged from the surf. I talked to an ice-cream vendor and a dressmaker, MTA workers and sailors and miniature golfers.

I could go anywhere and people from all walks of life were ready to sound off. This was democracy in action. Looking back at my first "sign series" I see the form as a precurser to Twitter and Instagram - my crude but immediate social media platform that sought inclusion, inviting disparate voices to be heard and felt. -- Gregg Segal 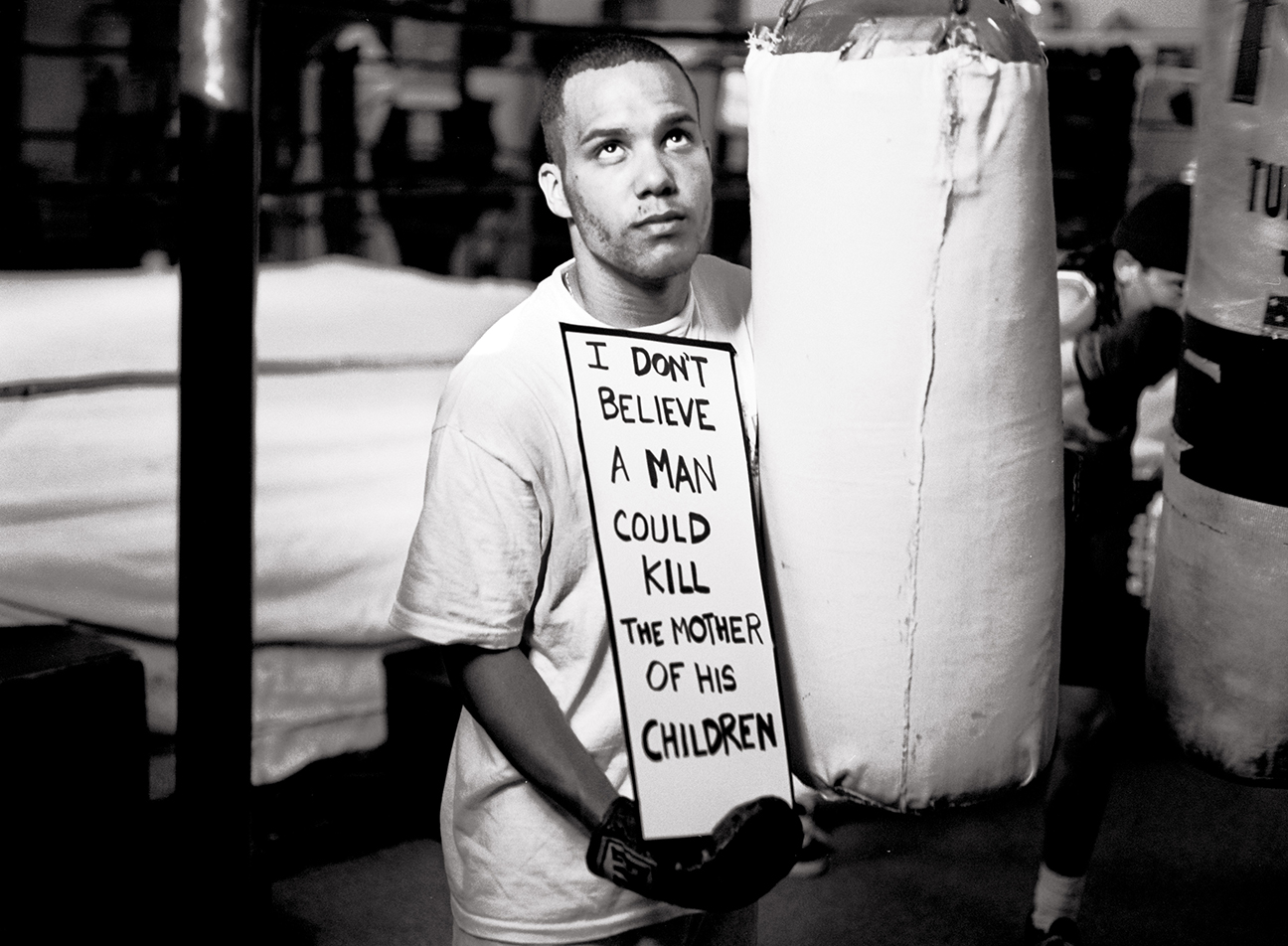 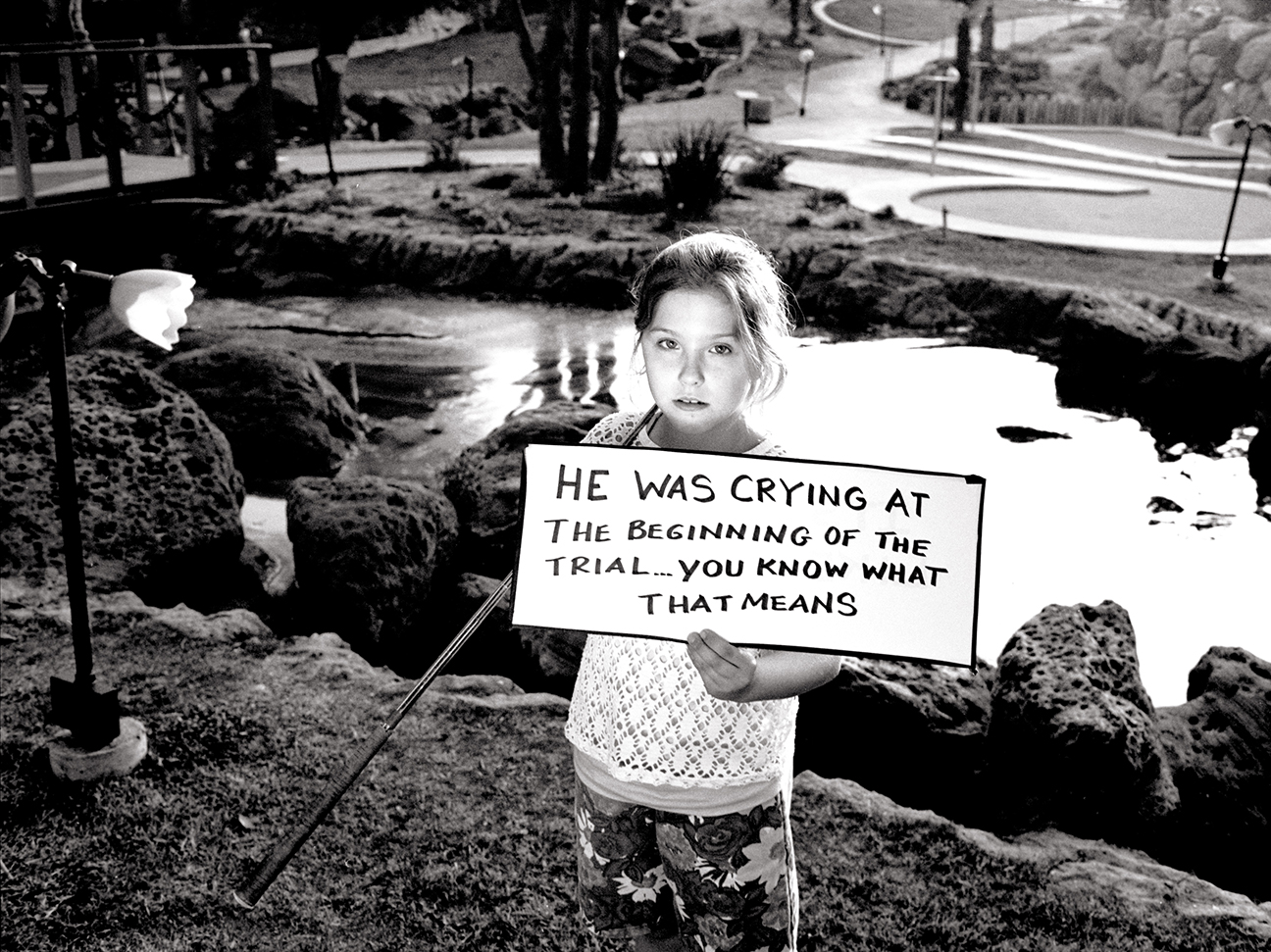 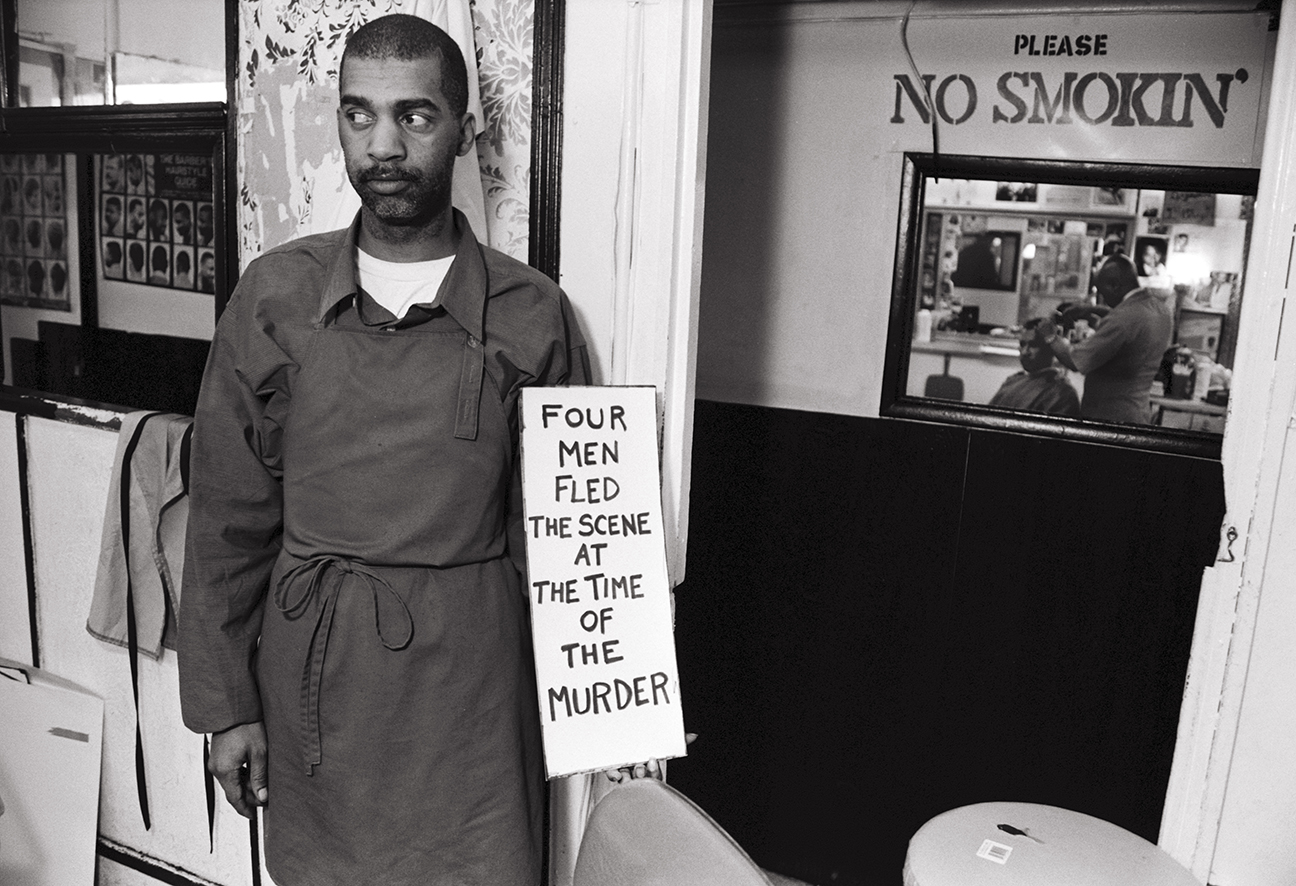 Chris E. Cullins, photographed at his barbershop in Inglewood, May 15, 1995. 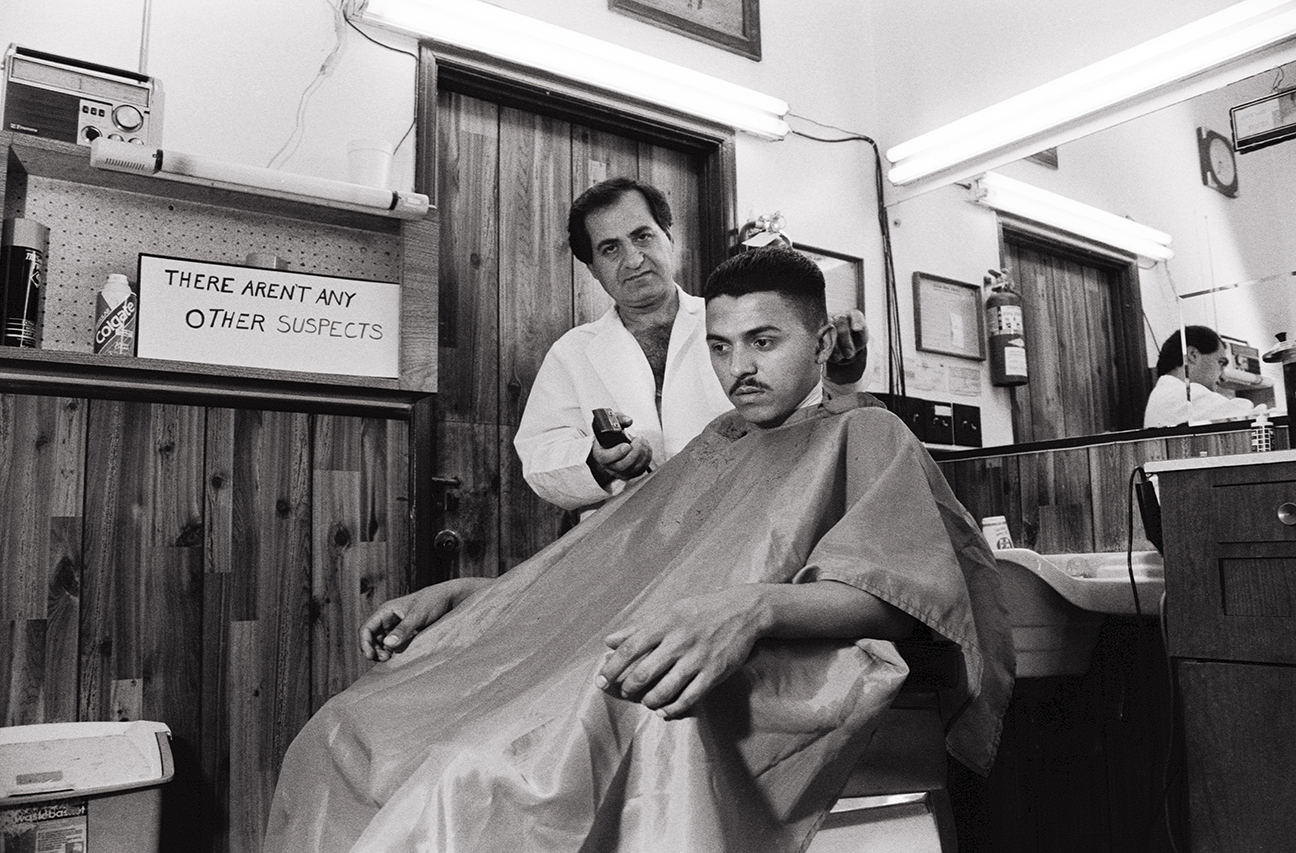 Javier Canales photographed getting his haircut in North Hollywood, May 19, 1995. 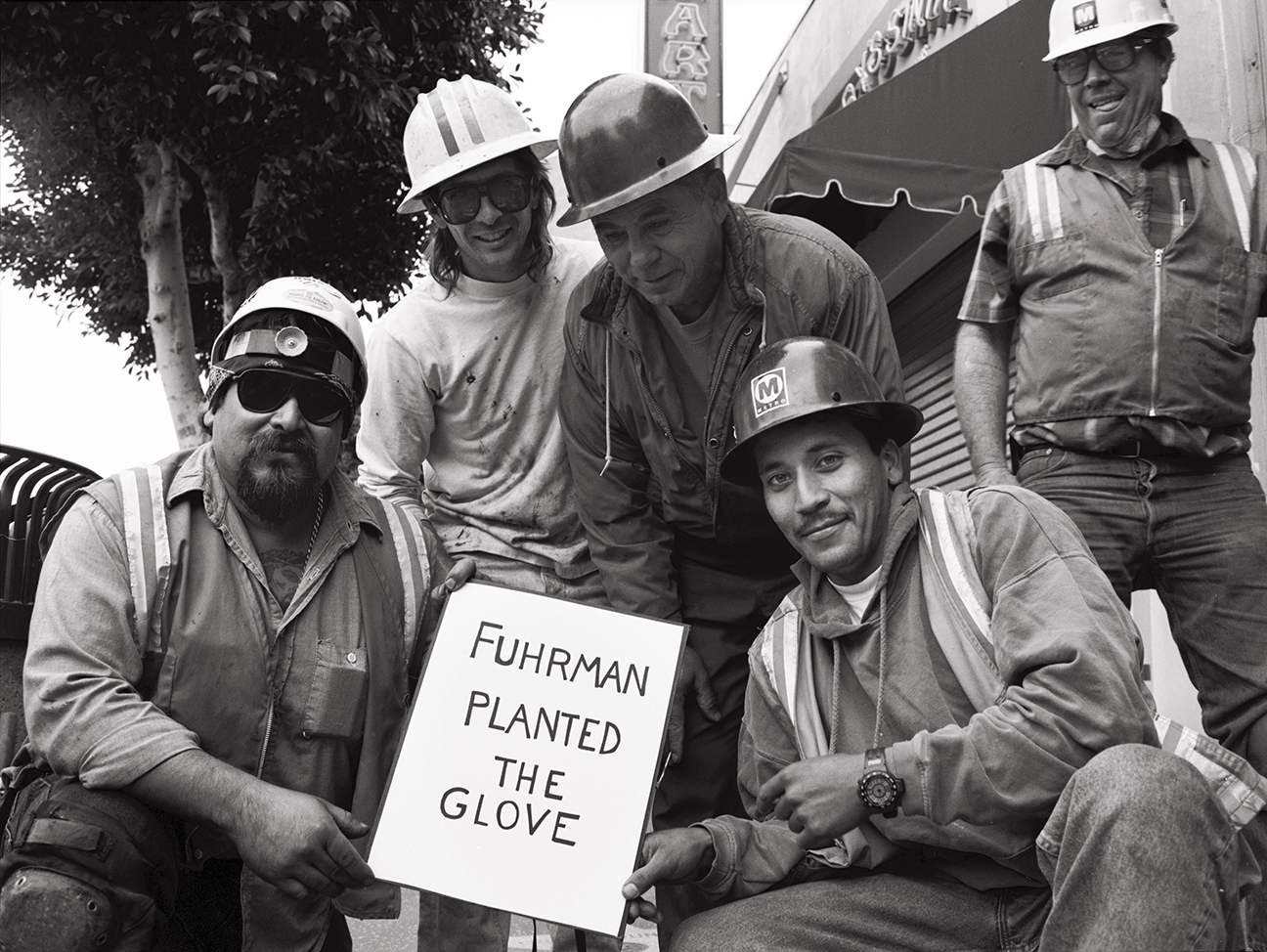 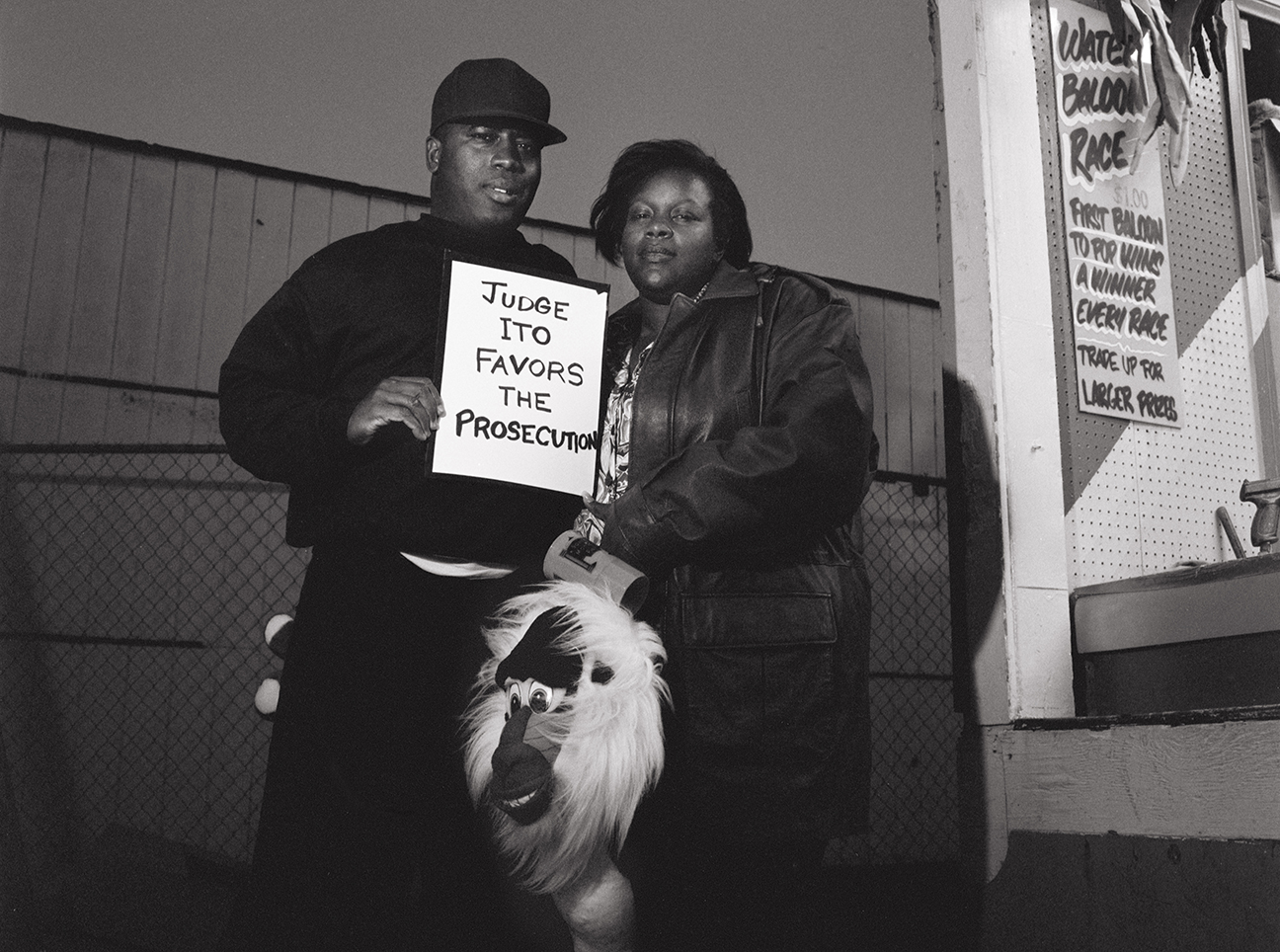 Tommy Brown and his girlfriend photographed on the Santa Monica Pier, April 9, 1995. 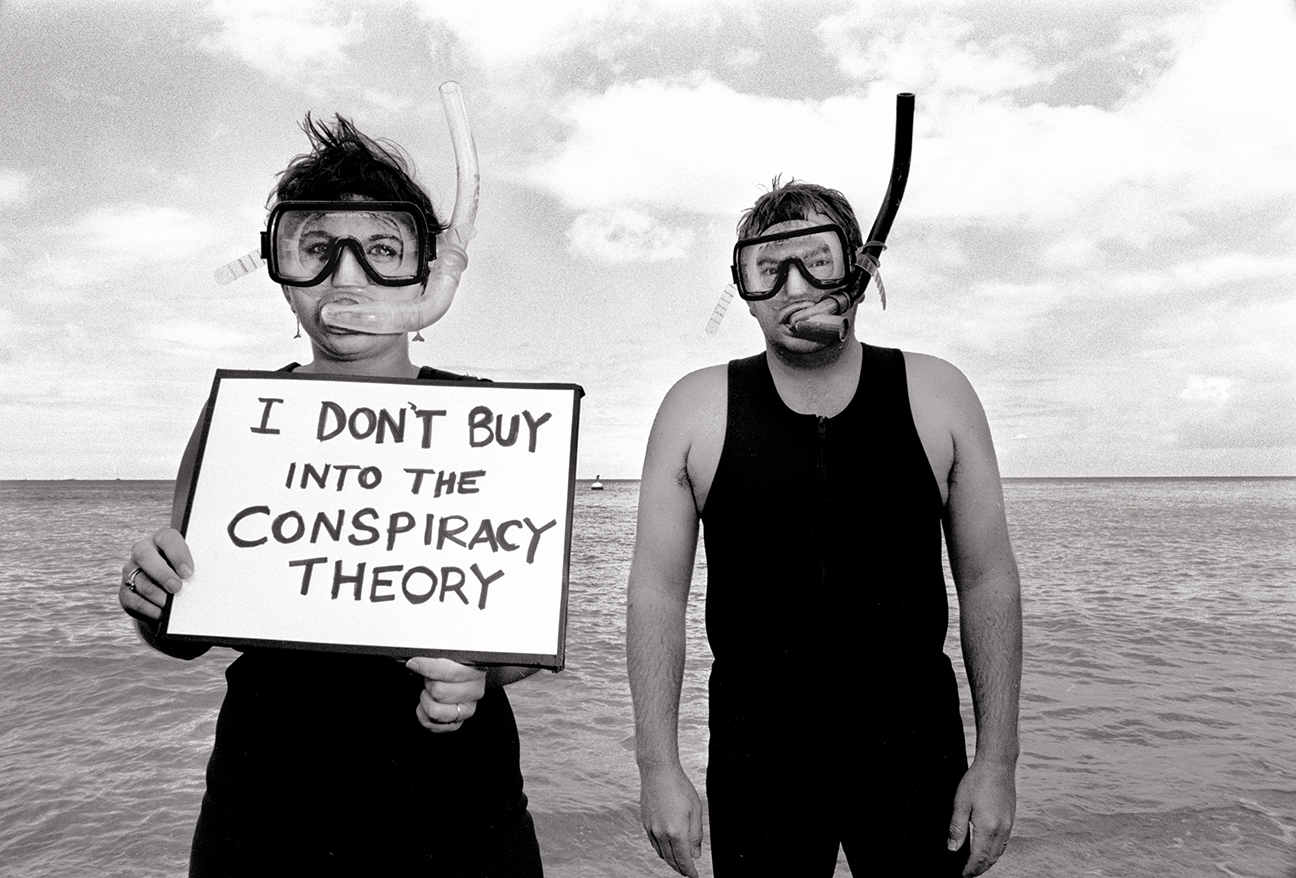 Rhonda and Mike Hough photographed while snorkeling on Catalina Island, May 13, 1995. 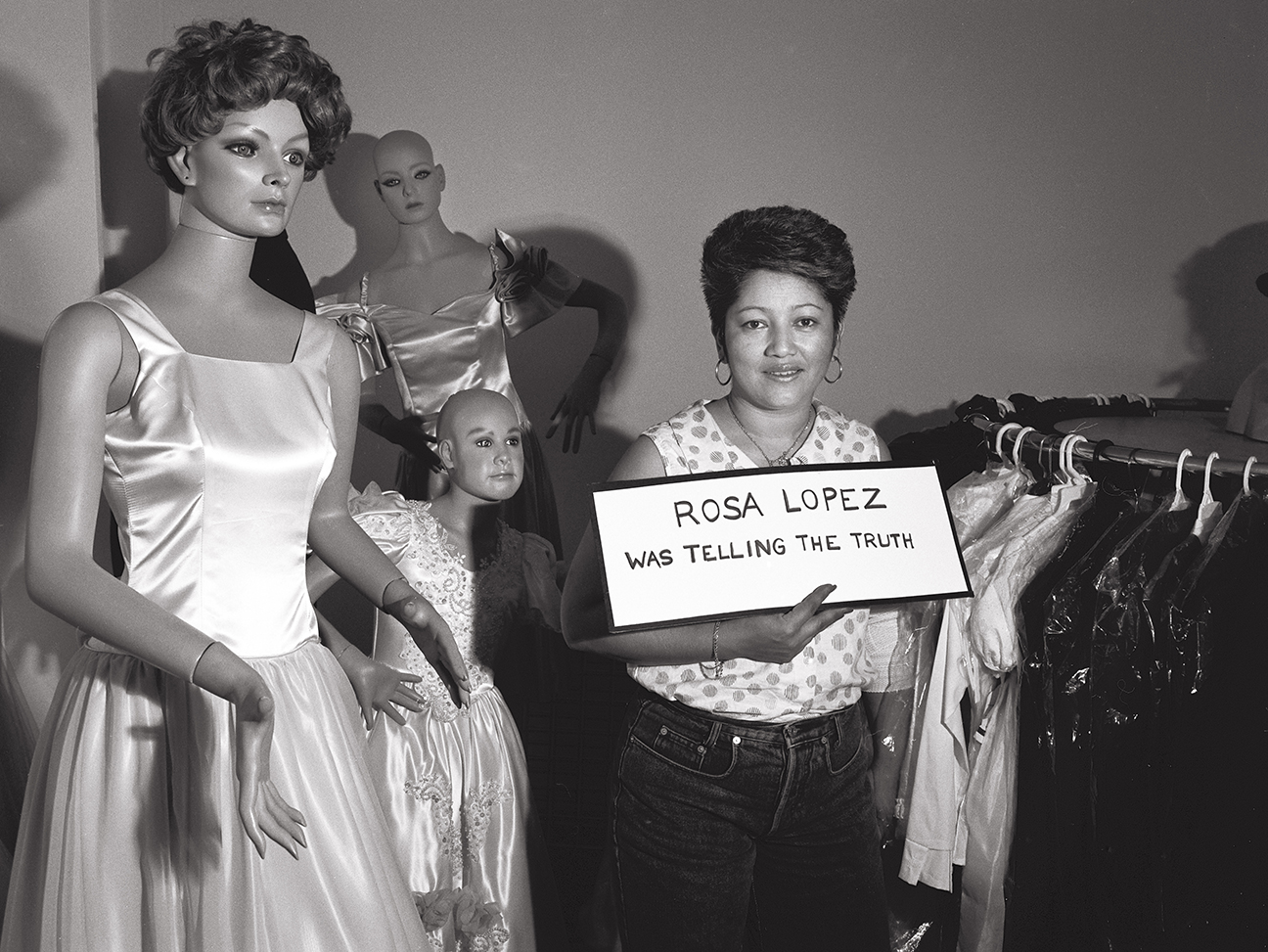 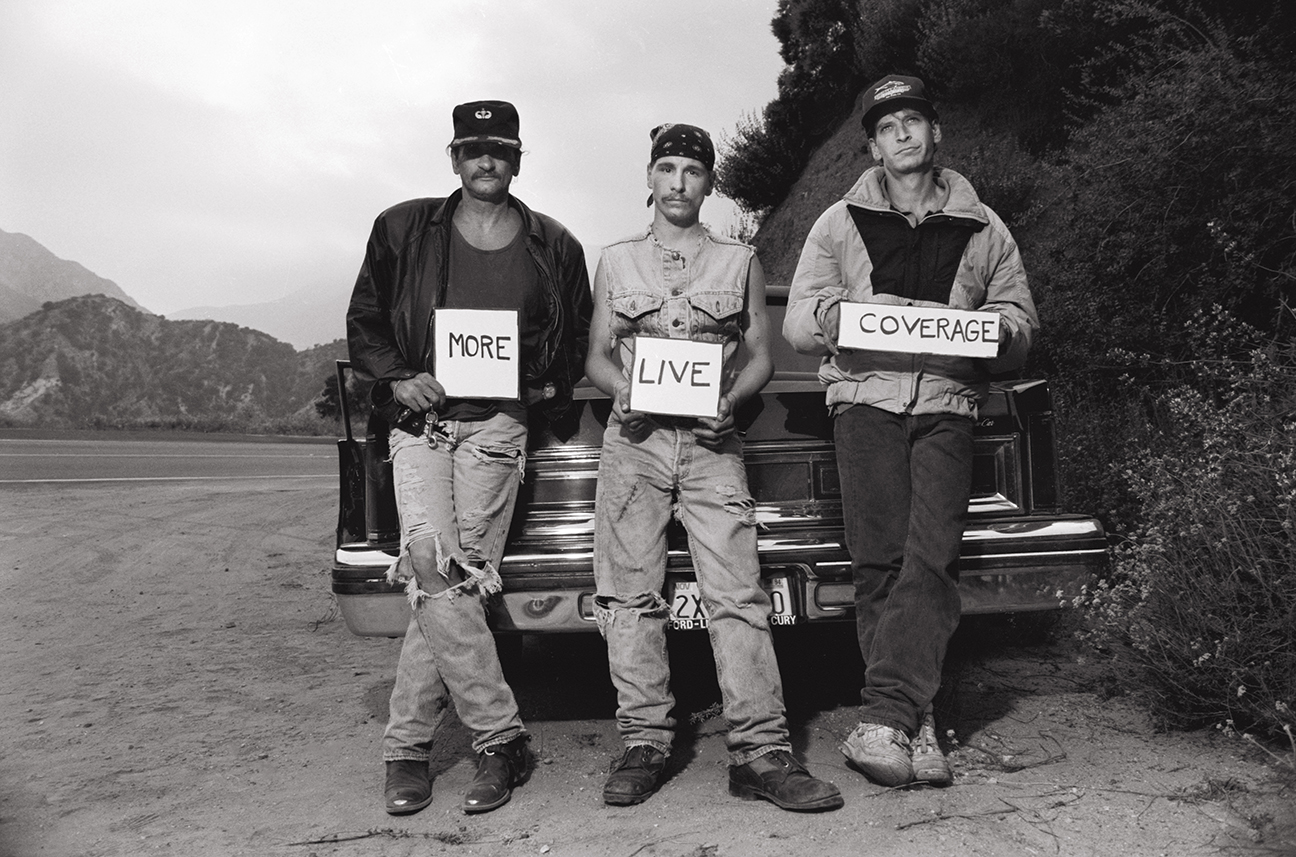 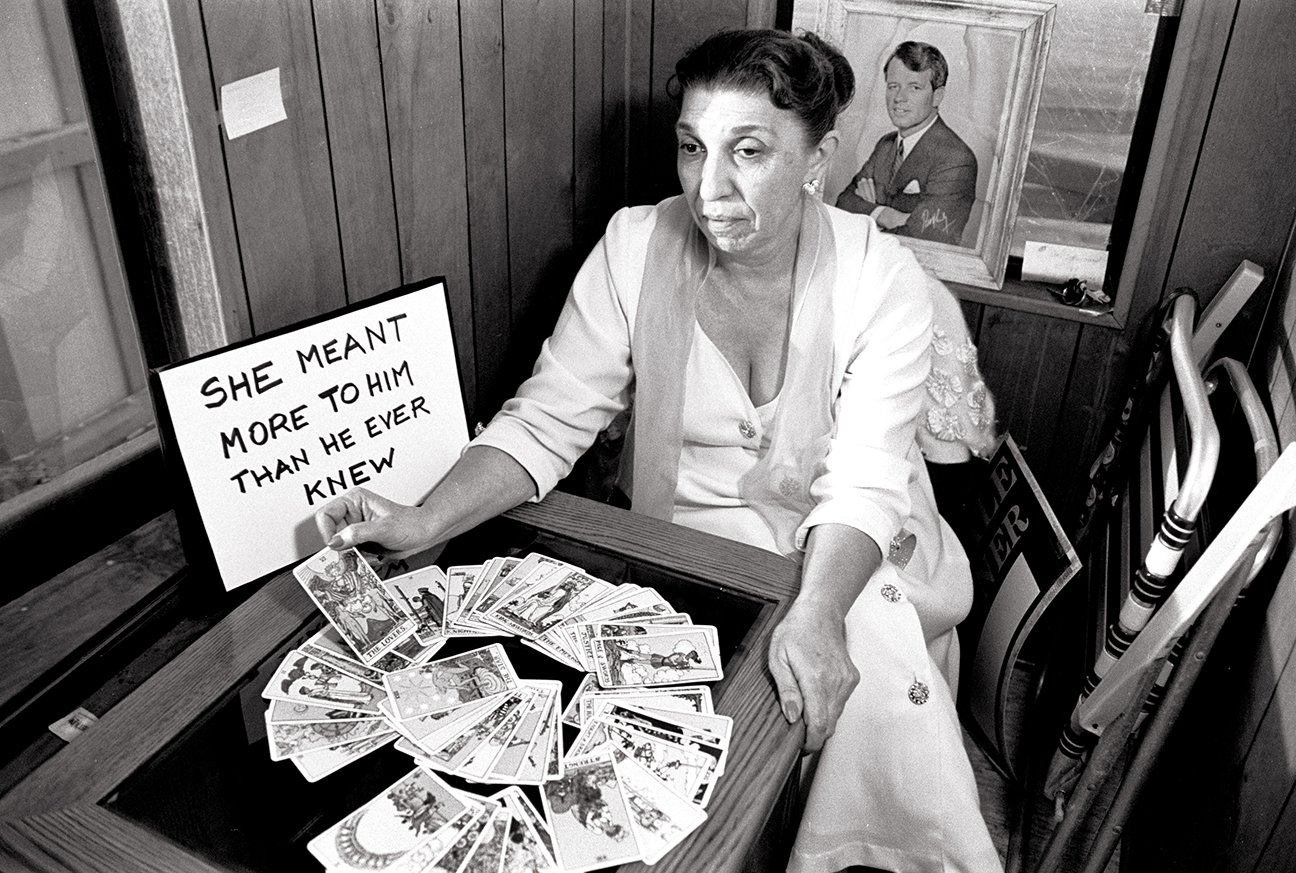 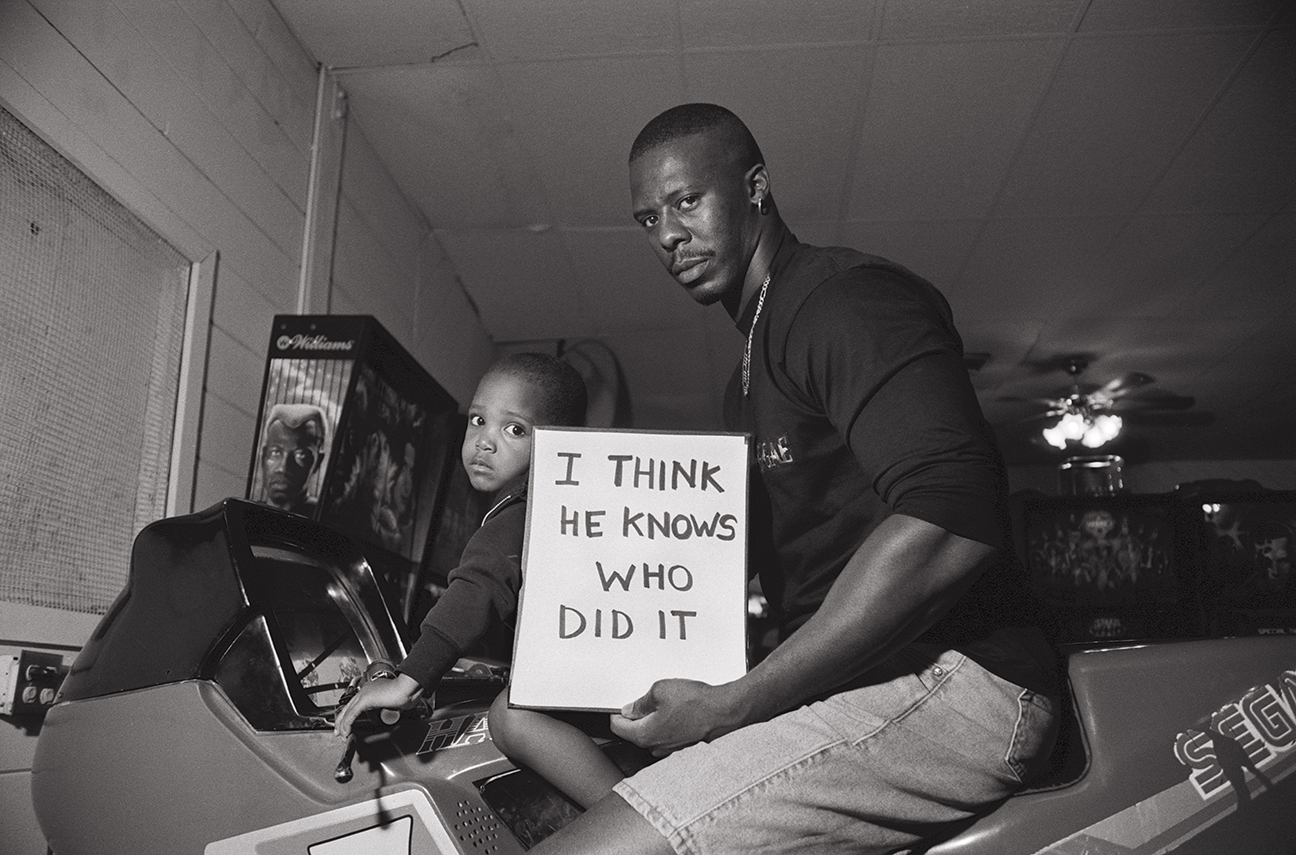 Marvin Mattox with his son photographed at an arcade in the San Fernando Valley, March 19, 1995. 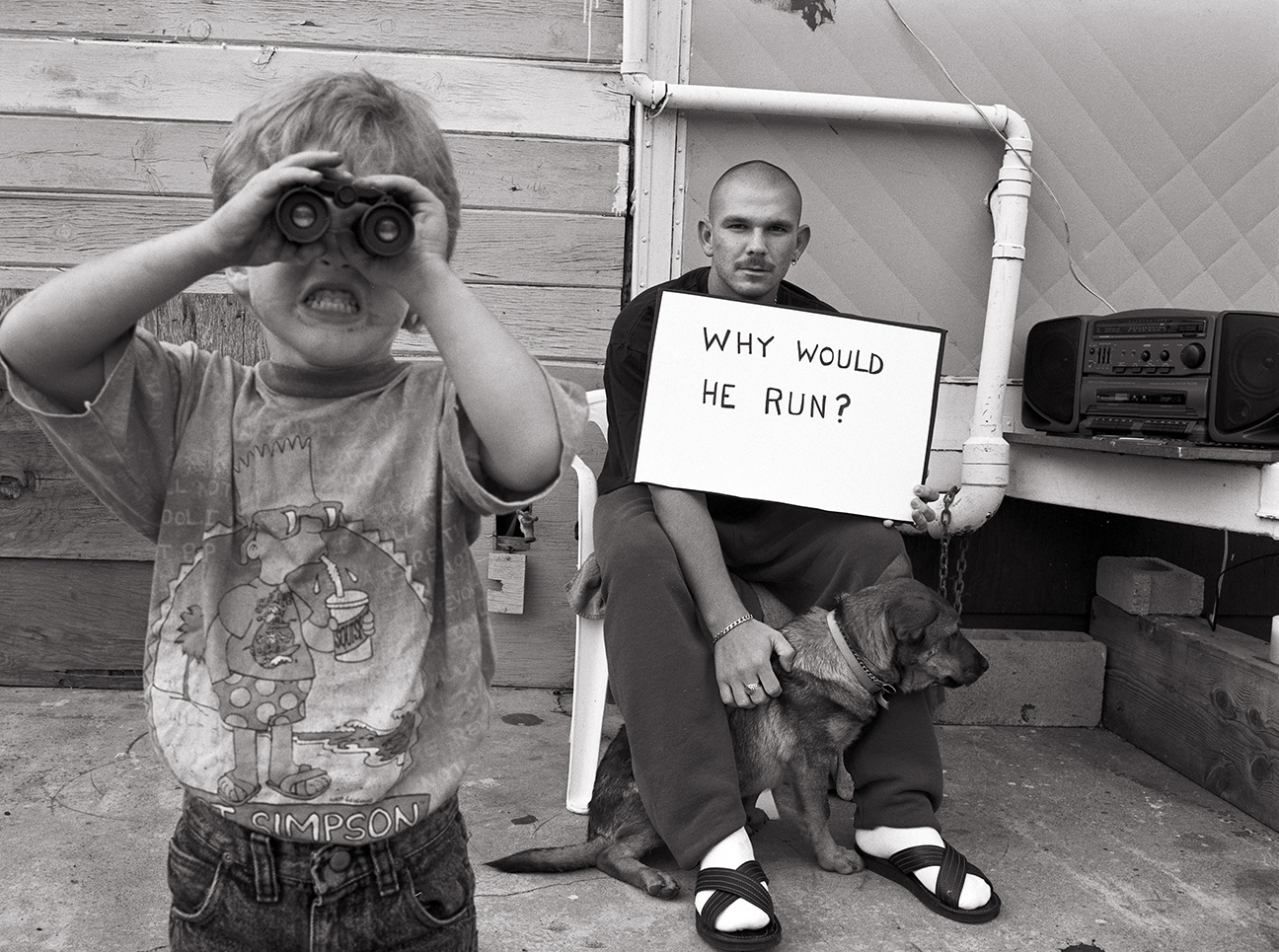 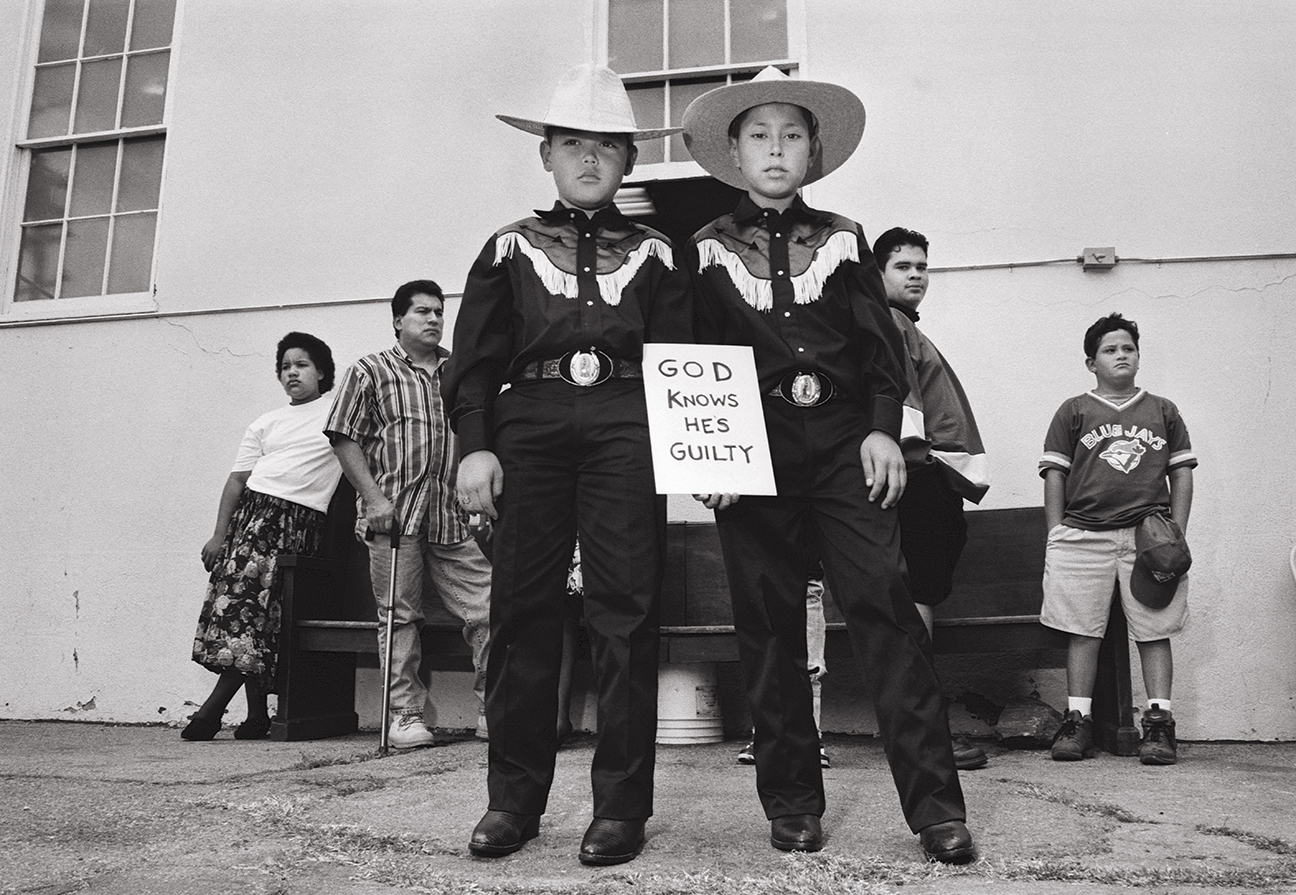 Vincent and Rafael Preciado photographed before church services in North Hollywood, May 14, 1995. 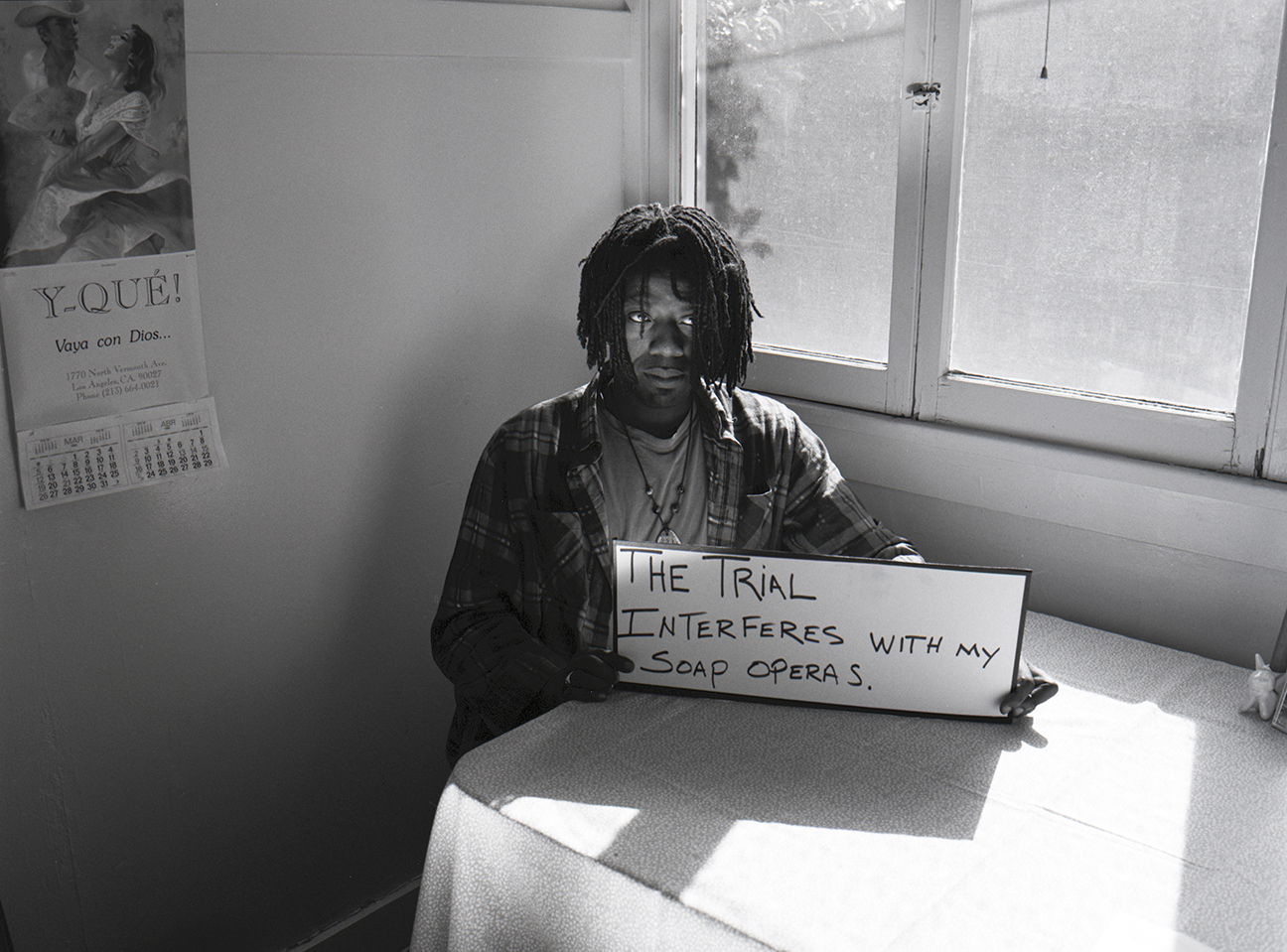 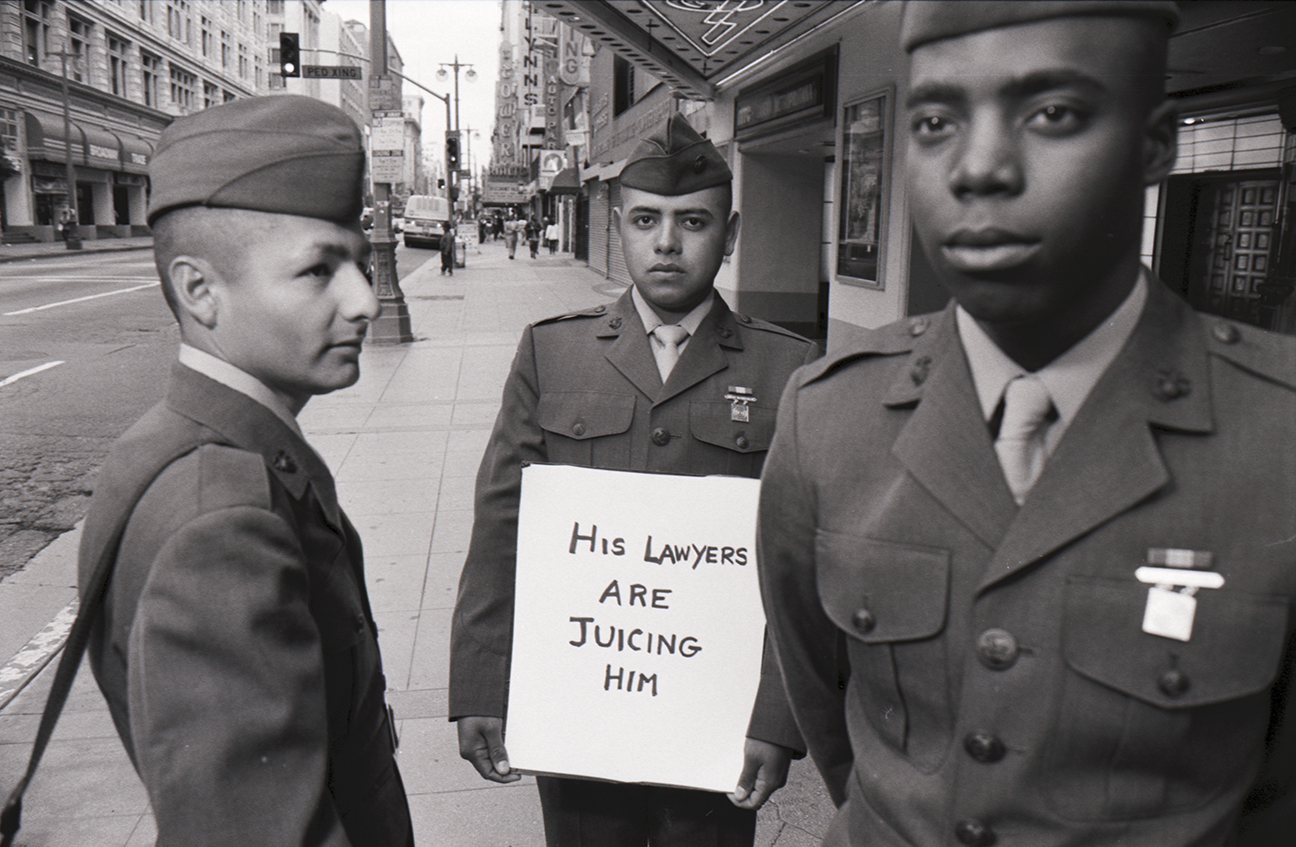 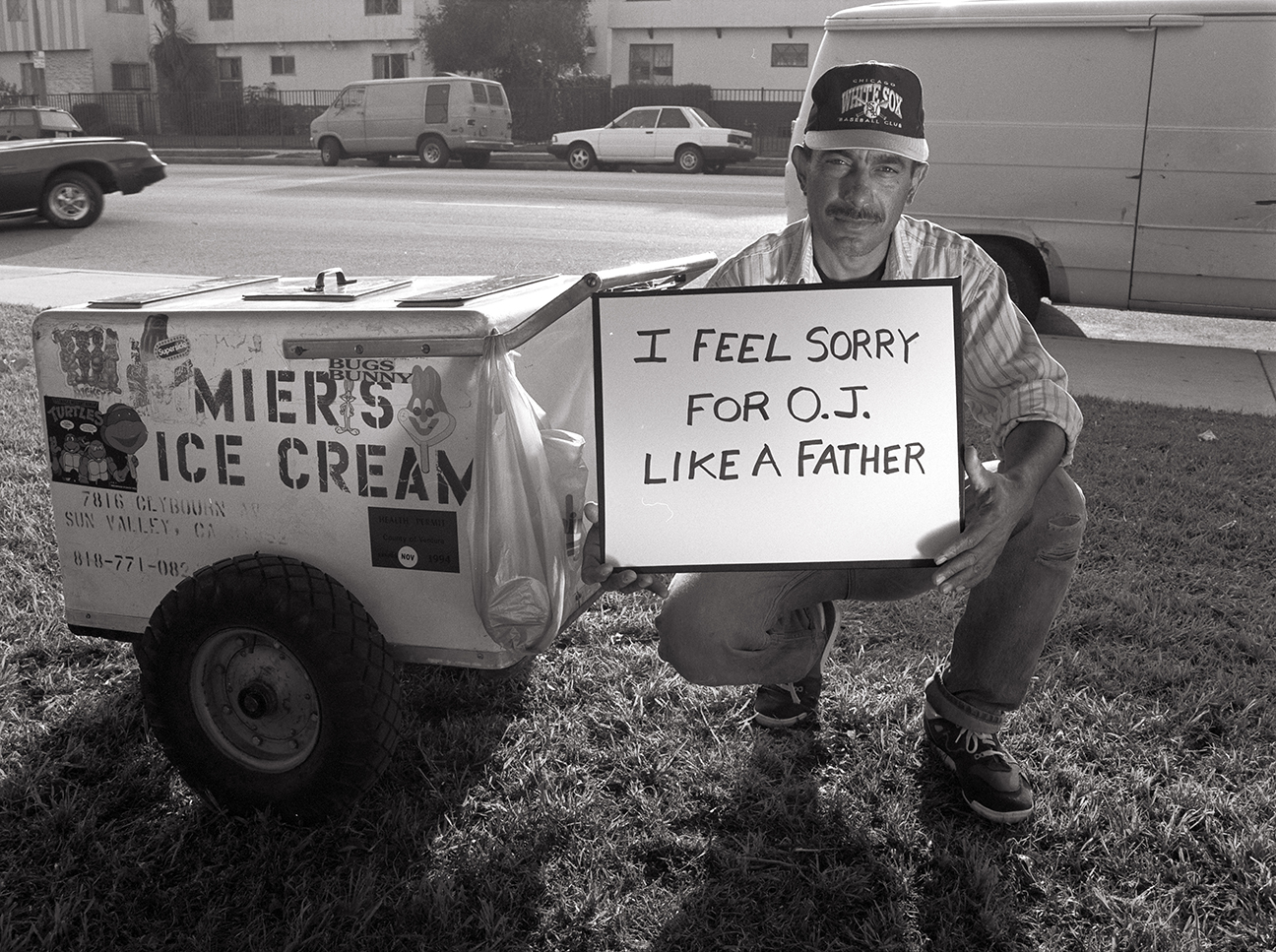 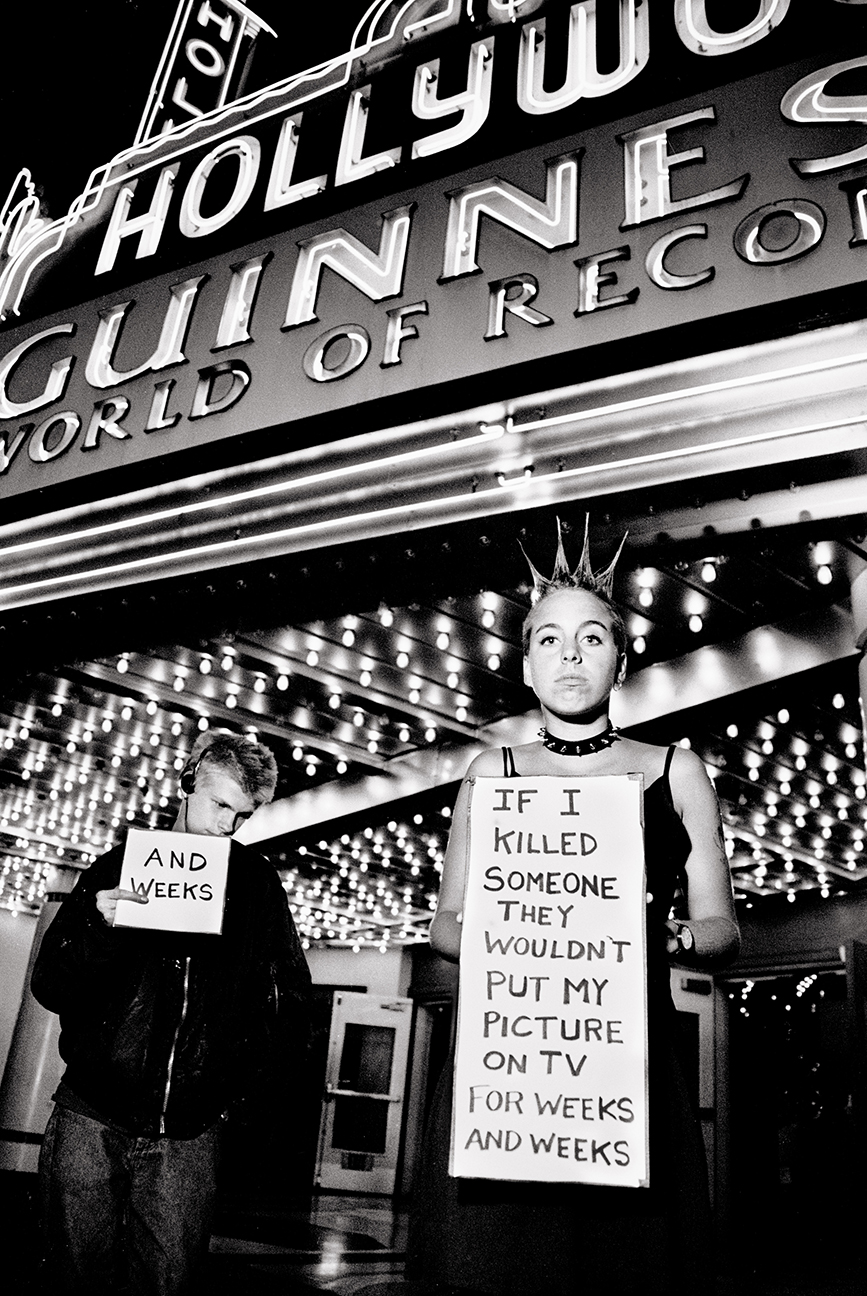 Heather Sizemore and Johnny Dewey photographed on Hollywood Boulevard, May 16, 1995. 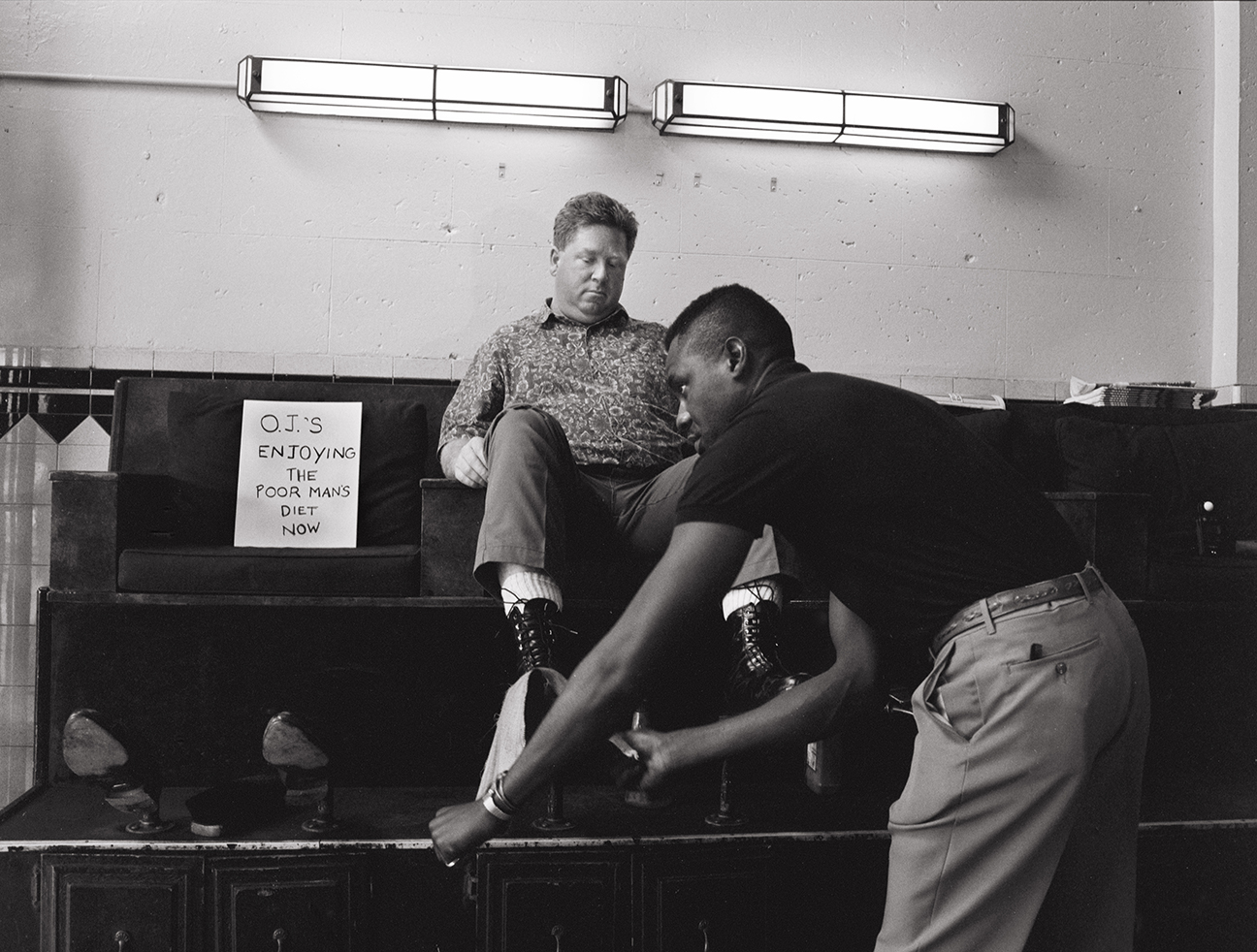 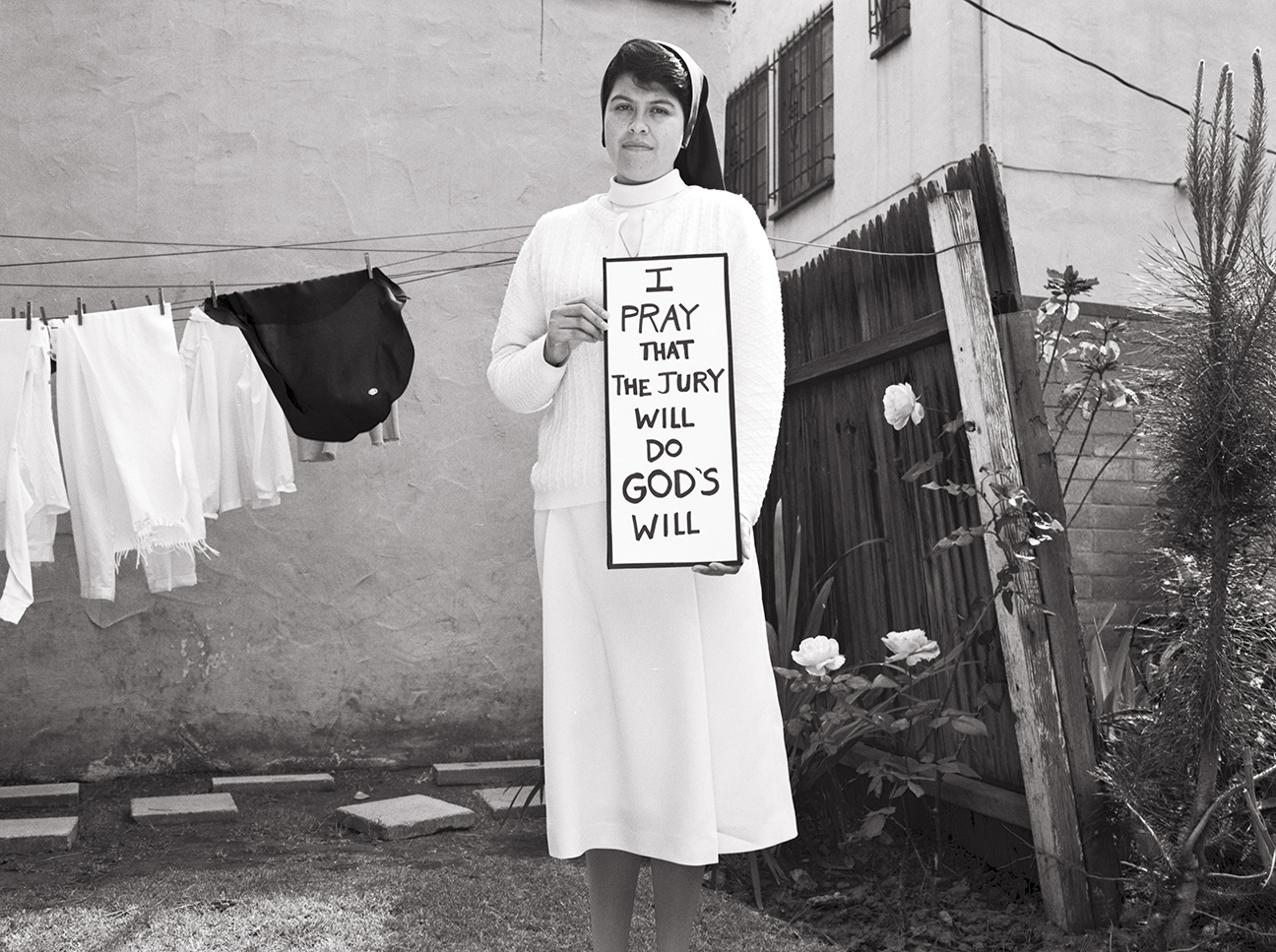 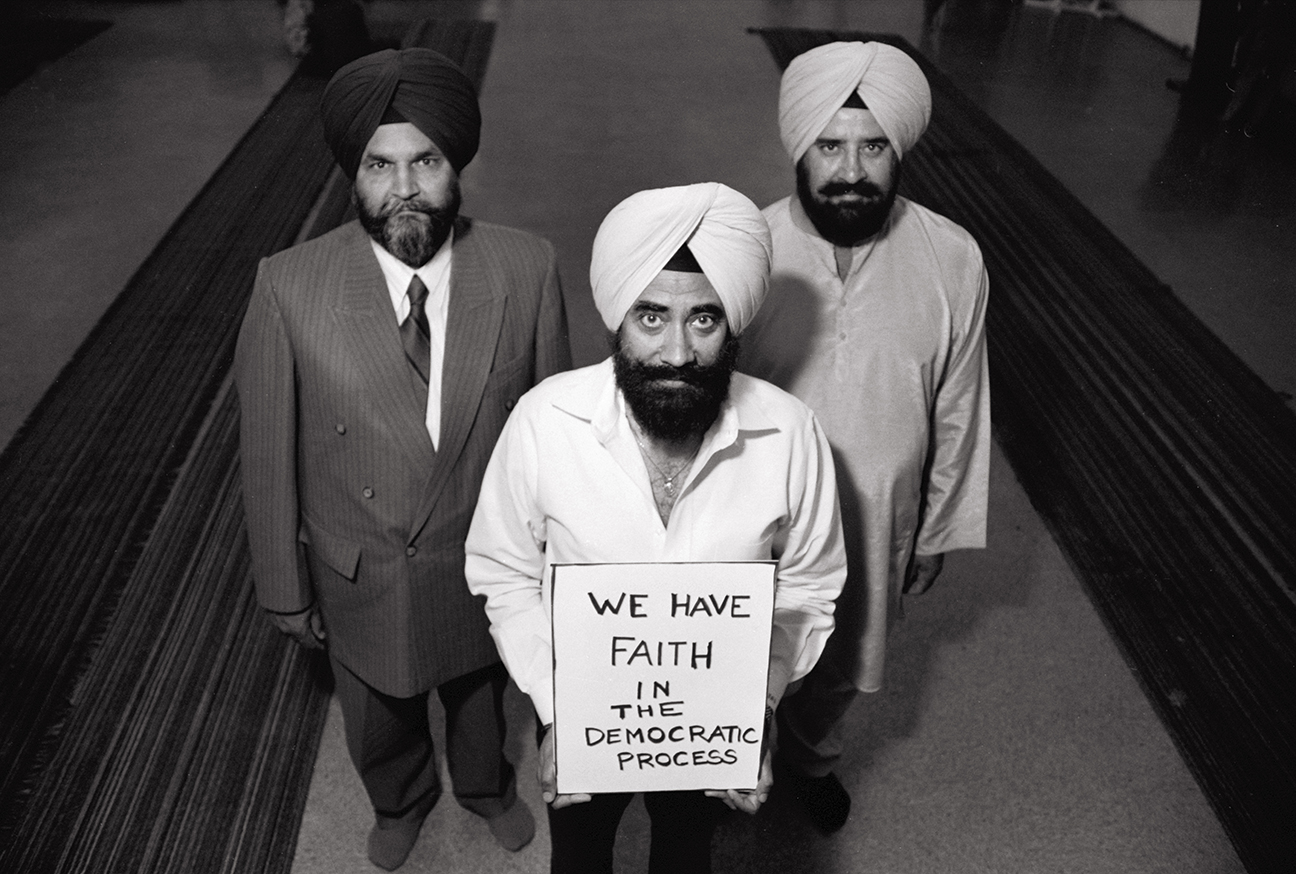 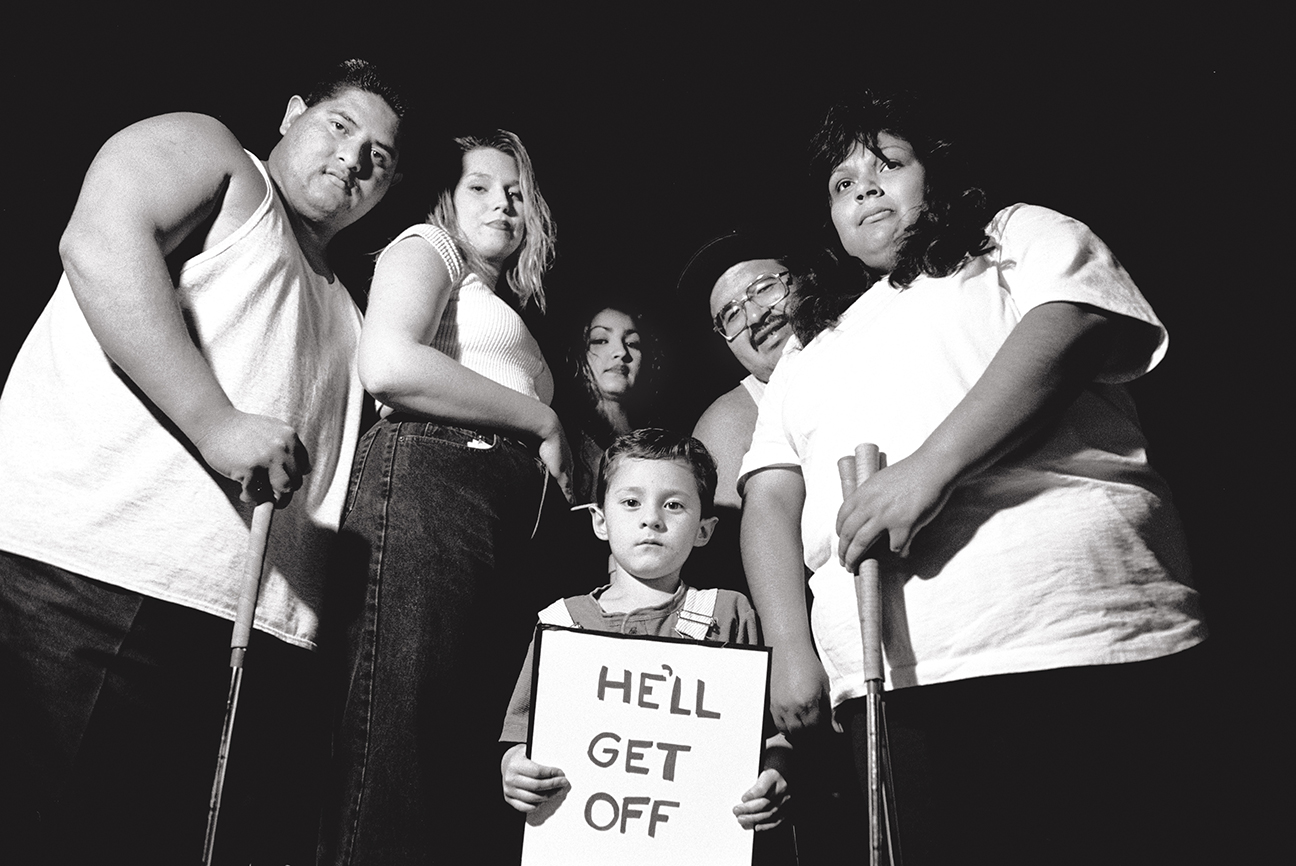 Joe Leon and his family photographed at a miniature golf course in the San Fernando Valley, March 19, 1995.